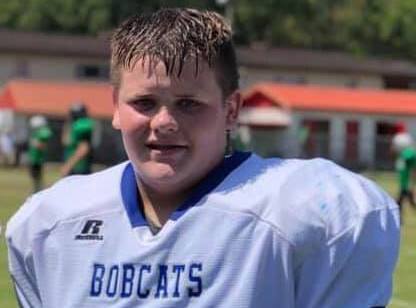 One of my colleagues at the magazine, Fletcher Long, was being interviewed on the radio and was asked an interesting question. The question was, “How sure is KPGFootball when it forecasts a kid will be a high school football star when they are only in middle school?” His answer, “Pretty certain.”

I recoiled a little when he said it. It sounded audacious (not a novelty for Long, you have to know him).

Then, on second reflection, I thought I am just as certain as he when I make a prediction about a future player’s likely success. Why should his proclaimed certainty bother me in the least?

First of all, we are talking about Fletcher Long here. No one around KPGFootball has a better record of predicting the future success of a middle school prospect than Fletcher Long. He may be the crowned-king of that very thing.

Go back and read some of his early stuff. Look where those kids are now. The results speak for themselves.

I believe I am pretty good at it too. So when Fletcher called me a few months ago and said, “Coach, we have a lineman at Breathitt Middle School who has all the earmarkings of a future star,” I had to listen to him.

Today, we thought we would tell you the young man who induced the phone call. His name is Sawyer Hall. He just turned 13-years old in April.

There are several things we can judge with some accuracy in a young prospect. For instance, kids with short necks, broad shoulders, elongated trunks and barrel-chests, tend to be your shorter more explosive and powerful guys as they fill out.

They are often called early-developers. Some of them plateau-out as 8th-10th graders physically and never seem to change much after that. With hard work and diligence they can continue to develop into players who play at incredibly high levels.

They make dynamite interior linemen on both sides of the ball. They are often quicker, more explosive, more agile, and more coordinated guys who gain many of these attributes earlier than the players we call “late-bloomers.”

Kids who have long slender necks, short-trunks, narrow shoulders, long arms and legs, long feet and hands, even where short as young kids, tend to grow into your taller, lengthier types. These kids can struggle with explosion and quick-twitch muscle development, not getting there until years later than the early developers.

If they are husky, they turn into edge guys, defensively or offensively. If they are not so thick, these guys become TEs, WRs, QBs, Safeties, etc.

KPGFootball likes Sawyer’s frame very much. He’s 5-9 right now (finishing his 7th-grade year) and tips the scales at a well proportioned and put-together 210-pounds. The biggest compliment we can give the kid is his 210-pounds looks more like 180-190.

Not good if a kid looks 240 and weighs 200. Tells you a lot about what comprises the weighty and bulky appearance.

He has quick and agile feet and uses his hands well. This may come from his experiencing some early development physically. His game-play is way more polished or “finished” than a lot of interior linemen at his age and with no more playing experience than he has (about 2 years).

Sawyer is a short-neck kid, barrel-chested, with some shoulder breadth but also appearing to be blessed with long-arms. His trunk is in the mid-range in length.

We project, once he finishes maturing, you’re looking at a 6-1, 265-270-pound guy. He will be among the team’s strongest and more powerful players with plenty of quick-twitch.

Sawyer will be a two-way guy in HS, doubling along the interior on both sides of the ball. He will be what coach’s call a “flat-backer.” This means he will have the core strength to fire out, not up, as he enters the engagement zone also known as the line of scrimmage.

Sawyer will always look thinner than he weighs. This will be because of the dense, muscle-fiber he gains in the weight program “under a bar.”

At KPGFootball, we are confident this kid’s going to rip-it-up for Breathitt County High School in the very near future. He will be an early playing time guy for the Bobcats, lettering as a 9th-grader. His bloodlines support this belief.

His brother Bradley Hall is entering his 10th-grade year at Breathitt County High School. Bradley is challenging for the starting corner slot this Fall as a 10th-grader.

Sawyer is Kory Combs’s second-cousin. Combs is KPGFootball’s top-rated 2nd-level defender in the entire commonwealth, Class of 2025, and one of the few 7th-graders to make the KPGFootball MS All-State Football team in 2019.

We were able to talk with Coach Kenneth “Shorty” Combs, himself a former star LBer for EKU and Breathitt County HS about Sawyer. Coach Combs told us Sawyer is “…very coachable, hard worker who can play multiple position on the interior defensive and offensive lines.”

Coach Combs went on to say, “Sawyer uses his hands well and plays through injuries. He has started every single game since beginning football. Sawyer is 25-5 in his young playing career.”

This is one of those “…remember where you first heard it…” moments. Coach Lyon in coming out on the record and predicting this will be an elite, Kentucky-wide player in the very near future. I am also pretty sure Fletcher Long would concur.