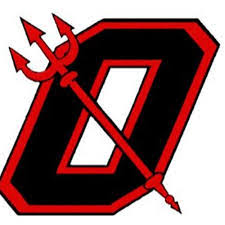 Owensboro Junior High has one of the premier, if not THE PREMIER, middle school football programs in Kentucky. Coach Greg Brown does an excellent job coaching those kids up and delivering to Jay Fallin ready made contributors in a lot of instances.

The talent on the roster between the Gavin Wimsatt-types to the Austin Gough-types is mind boggling. Then again, you’re talking about one of the premier, Kentucky 5A football programs so I don’t know what one really expects to see get off that bus, other than what does.

Another kid who is a real up and comer, and by this we mean huge upside and definitely coming into a starting lineup near you, is Savon Hines. Hines played in 8-games as a freshman for the Red Devils.

Hines, a former Bret Cooper MS All-American, would certainly exceed what one would expect to have matriculate from out of its middle program. Playing 8 out of the 14-games at a place like Owensboro is its own achievement. Frankly, I can think of around 180-Kentucky programs where the kid would have never come off the field his freshman season.

Hines is 6-2 and weighs in at 230-pounds. He is listed at DL/OL and while we can’t completely rule out his playing offensive guard, we believe he is more likely a DE in the Owensboro front this coming year.

This kid has terrific leg-kick and fires out with good leverage. He is able to penetrate and cause a great deal of havoc in the backfield.

Hines is limber and able to bend around the tackle and dip his shoulder straight up-field and off the edge while possessing the bulk and strength to stymie linemen, make a read, and shed his blocker to get to the football. Hines does all of this, perhaps most importantly, before the football gets too far away from the line of scrimmage.