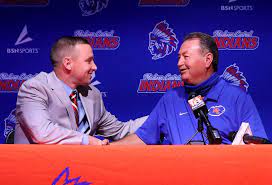 We just can’t help ourselves. We used to do a weekly series where we picked winners and predicted scores and the series wasn’t well enough received. I was persuaded to discontinue doing it in favor of individual player features which do much better on the old “views” counter.

However, it is the second week of the KHSAA playoffs and we have identified some teams which we are putting on upset alert. We are going to detail four games which we believe could provide upsets heading into the Regional Championship round next week.

The following teams are on upset alert!

We love Central and the points here. Matter of fact, we believe Central will advance to the third round.

We know, we picked Central to win the game when the two met on October 22nd in Richmond, Kentucky. We were wrong then. Why won’t we be wrong again with Bryan Station being at home for this one.

Well, the first game had more to it then met the eye, or the scoreboard. Bryan Station escaped the contest 21-13. We don’t believe Bryan Station will be so lucky this time.

First of all, in game one, trailing by seven in the fourth quarter, the Indians marched 67-yards in 13-plays to tighten the score 14-13 with 2:55 left to play. Coach Holcomb went for two instead of kicking the PAT for the tie and overtime.

Coach Holcomb didn’t get it. The Defenders struck on a 78-yard aerial from Cutwright to Hurt with little more than a minute remaining to set the final margin.

To turn this result around, the Indians have to do better on the backend of the defense than the first go-around. Bryan Station threw for more than 250-yards the first time. However, it is cold in November and the ball gets harder to corral in the playoff air when the proposition often becomes catch this ball or its offseason.

The team with the more reliable ground game prevails, it seems, the further along in the playoff one marches. Madison Central has Brady Hensley and he is red hot right now, coming off a 169-yard, three rushing TDs outing in the first round. On the year, the ’24 superstar has gained 1,196-yards on 152-carries averaging close to 8-yards a carry (7.87) with 21-rushing TDs.

We’re putting our money on the thoroughbred. We will take the Indians and the nine points.

Middlesboro is 11-0. Middlesboro has already beaten Breathitt by 22-points at home this year. Both of those things are true.

Now, let’s talk a little turkey here. Here are our five (5) reasons we like Breathitt and the points here.

First, three of Middlesboro’s wins were COVID-cancellations. Second, Middlesboro has allowed some pretty pedestrian ball clubs (like Hazard) to hang around them in games this year. Third, the Bobcats are closer to full strength now than at any time over the course of the year.

Fourth, Ethan Gibson is running the football both well and with reckless abandon. Fifth, the Bobcats have been playing much better and have won four of its last five with the one loss being to 4A Knox Central, a team the Bobcats led by 14 with 1:03 to play in regulation.

Make no mistake about this, if the Bobcats go to Middlesboro and play relatively mistake free football, they have the talent to come out of Bell County the Seventh District Champions for the third year in a row. Will they? We suppose we will have to wait and see.

At KPGFootball, we don’t like arguing with a computer algorithm. We know it has been proven accurate time and again through the years. However, how in the world did the algorithm come up with this spread?

Murray High is coming off a two-TD victory over a very good Caldwell team in round one. Murray is coached by a guy with a very similar pedigree and success rate as the guy guiding the Mayfield program. Murray High is closer to full strength than a Mayfield team without Jax Rogers.

We don’t believe there is anyway in the world Mayfield beats this Murray team by twenty (20). We wouldn’t be surprised to see either of them advance.

We concede Mayfield will be tough to beat twice. All of that aside, this game will be much closer than the projected point spread. We would suggest Murray and the 20 here.

If Coach Clayton gives the ball to Jayden Dillard and lets him pound it downfield behind the big Tiger front and its budding star, Lucas Hughes, No. 50; we wouldn’t be surprised to see this margin drastically different than the computer is presently projecting. However, if the Tigers get too cute, and require Tre Jefferson to go deeply into his downfield progressions, the Cougars might end up claiming biggest cat in the 4A, first-district jungle.

Todd Adler has proven himself a hot coaching commodity. His Cougars play hard for him and often very well.

Coach Clayton ain’t no slouch. Hoptown has enviable athleticism, length, size, and speed up and down the roster, year-in and year-out.

We believe Hoptown wins this game outright. We certainly advise taking the Tigers and the seven (7) points if you are the wagering kind.

Well, there it is sports fans…four (4) games we believe are primed for upsets or at least games where the underdog looks sure to cover. We don’t advocate betting, and have no clue who’s taking action on high school football in Kentucky; but, if one were to bet, the above is how we would wager.