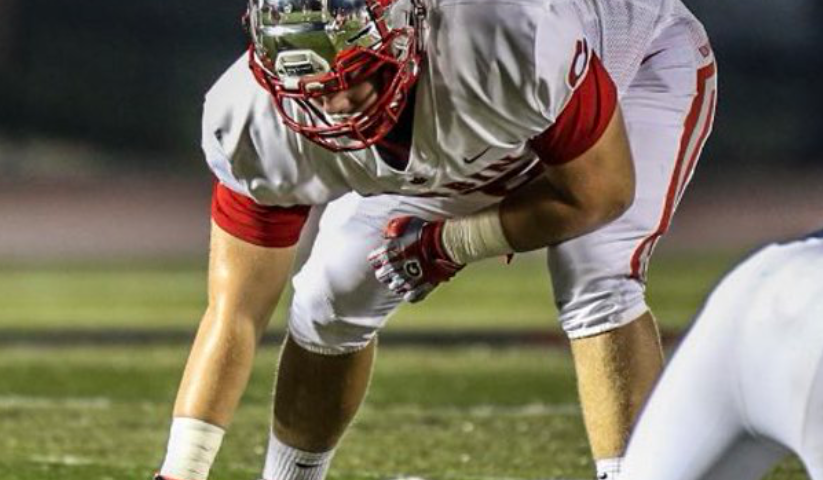 We are going to talk a little today about truth. You see there are players out there in Kentucky sporting flashy offers and possessing dynamite frames who really aren’t very good at football. They aren’t really as advertised.

Then there are players out there who are The Truth. Logan Smith (right) is one of them and he will prove to us all, before he is through, why that is so.

So why do the players out there who are sold to recruiters like a bill of goods have all those offers, you ask? I am glad you ask.

They are college coaches, by golly. They don’t need any advice from some high school coach about what they are seeing! Forget the fact some of these high school coaches have known this particular kid since he was in diapers.

More college offers are handed out at Seven’s (7 on 7) tournaments than on Friday nights. More scholarships in football are extended at camps and combines than on football sidelines.

College coaches particularly believe football, and the technique required to play it, can be controlled and taught by them. A prospect’s height, weight, hand-length, shoe-size, arm and leg-length; you know, the really important stuff has to already be there.

Now, college coaches miss all the time. The NFL Draft is a perfect exposé on that very thing. The 40-or so scholarship players who never see the field, out of their accoutrement of 85-scholarship players they sign, being another.

That is why, for instance, the San Francisco 49ers just signed a QB who won the D-III National Championship out of North Central College (Broc Rutter). It is how a Ben Bartch ends up playing collegiately at Saint John’s (FCS) before being taken with the 10th-pick of the 4th round (high selection for an OL, truthfully) by the Jacksonville Jaguars.

Now FCS is still division-I football. However, there are 129 FBS-football teams in the United State’s of America. Any of those 129 were free to find and sign him anytime they wished. They had four-years and failed.

There are 10,965-players playing FBS, Division I football. Ben Bartch wasn’t one of them. Bartch was taken in the 4th-round, with the 110th overall selection, in the NFL-Draft. We will let that sink in a minute.

These height, weight, length charts doesn’t measure heart, guts, determination, toughness, and work-ethic. Well a guy who seems to have it all is Corbin’s Logan Smith.

Logan Smith is 6-3 and weights 270-pounds and is one of Kentucky’s hardest working and strongest players. He plays tackle at Corbin but projects as an interior, OL guy in college.

He has been selected the 4th best, offensive lineman (all classes) on a recently published preseason list of the top-30 Kentucky High School linemen. That list was first published on Bluegrass Rivals and then re-published here.

Logan is very athletic and plays with excellent leverage and pad-level born form his having excellent core-strength. His hand punch is devastating and his footwork and power steps are exactly what one wants to see.

Fact is, playing at Corbin High School, like the many college prospects who have hailed from that school over the years, has resulted in his benefiting from excellent coaching. It has also resulted in his getting to play against top-flight competition. He is garnering quite a lot of attention too.

Lindsey Wilson, a NAIA powerhouse in Kentucky and regular playoff entrant, is recruiting Logan. Kentucky Wesleyan and Indiana Wesleyan (maybe he’s a Methodist) are on him as is UVA-Wise all from NCAA, D-II. FCS, Division I’s the likes of Monmouth and EKU are keeping close tabs. There are probably way more, we didn’t go over the entire list of followers.

Point is, this is a kid who would be a steal for any of the above listed teams. This is a kid who, had he prepped in any state other than a commonwealth universally considered a “basketball-state,” he would be garnering looks from FBS-teams and even some Power-5’s. Yes, he’s that good.

Don’t be surprised if Logan Smith goes off to play collegiately at a FCS, D-I level College or University and then you look up in a few years and discover he’s been Ben Bartch-ed in the 4th-round to some NFL-team which saw all the attributes some colleges just missed. When that happens, please remember where you heard it first.

Logan Smith is the Truth!