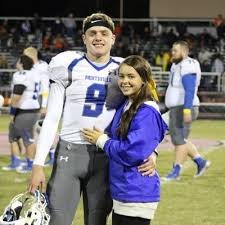 The entire thing behind the RPI was to insure the best two teams in a classification faced off for the title. How many years prior had the complaint been, “The real championship game was in the semis…or the regional finals…” or whatever round came before round five?

We believe the best two teams faced each other, even in the 1A classification, in 2019. As for that 43-0 pasting Pikeville put on Paintsville on Kroger field; well, sometimes crap happens. Sometimes, games can turn on a few turnovers and get away from one or the other of the two teams.

We saw another example when Somerset had a 12-point lead with the football and a little over 7-minutes to play against Mayfield in the 2A title-game. A couple fluke plays or mistakes by Somerset; and just like that, Mayfield had a 3-point lead with seconds to play. An unlikely last second drive of the field from their own thirteen to within FG range, and place-kick later, Somerset wins.

Point is…football can get away from you if you’re not careful. It will rob you of games you should have won. It will subject one or the other to a tremendous margin of victory even when the two teams are pretty evenly matched.

We feel a better indication of the margin between Pikeville and Paintsville last season was reflected on September 6, 2019 and not necessarily on Kroger Field. In September, Pikeville escaped Paintsville, Kentucky with a narrow 9-8 victory, not the 43-0 we would see later.

Poe, who is also a prospect on the baseball diamond, is an outstanding football player and student, which is firmly exhibited by his being recruited, and even offered early, by the likes of Wabash College. Karsten, who scored a 29 on his ACT, is 6-0 and weighs 190-pounds.

In 2019, Poe caught 32-passes for 671-receiving yards and led his team with 9 TD-receptions. He was third on the team in scoring.

Defensively, where he was equally a stalwart, Karsten had 61-tackles, a QB-sack, and a forced fumble. He would have been a Friday-night star on either side of the football. HIs play on both sides made him even more so.

The recently released CalPreps.com, preseason football poll has Paintsville the second most highly regarded team in the classification once more. Paintsville is graded by the computer as the 35th best high school football team in Kentucky, regardless of classification.

Of course, Paintsville is still chasing Pikeville. With guys returning like Karsten Poe, whose two-way prowess makes him measure equally with 2-returning (and not one) starters, maybe we can see a rematch of 2019’s championship in the 1A classification this coming year.

Should that occur, based on early appearances, Pikeville will be favored. We don’t deny that point. However, we don’t believe the margin will be anything like 43-points, nor do we think the outcome to be already decided, if you catch our drift.