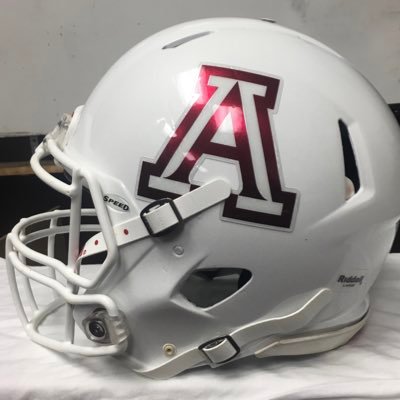 Really don’t know what else can be said about the kids who play football at Paul Blazer High School in Ashland, Kentucky than they are really tough. The Class 3A, 7th district team coached by Tony Love is in the hunt every year. They capitalize on kids with “True Grit” as the late John Wayne might say.

They were an annual threat for the championship when in the 4A classification. Their moving down to 3A, predictably, hasn’t really changed that.

Sure, they got drummed out of last year’s playoffs by Belfry, 41-7. However, the Belfry team Blazer played, by the time Tomcats saw them, was at full roster strength and one of Kentucky’s overall best.

Games can get away from you. We don’t believe the Blazer team which beat Russell twice in 2019 was really 41-points inferior to the Belfry squad which drummed the Tomcats out of the regional championship game.

They have football players on that roster. They don’t have any I would take, were I to pick, over Caleb Tackett. That is really saying something.

Tackett is 5-10 and weighs around 180. The kid is a beast in the weight room, power cleaning 270-pounds. That should give you some indication of his “explosiveness.”

He also can play RB on offense. We don’t have any speed numbers on him but he has to run pretty well for that offensive deployment.

The class of 2021 product is being recruited by several small colleges to play college football. The size of the schools recruiting him are owing to something over which he has zero control, his frame.

A kid’s frame is no reflection on the kid. It is the only element of a kid’s future playing prognosis not controlled by him. God gives you frame. It is your job to do something with the gift.

As the Bible says in the parable of the talents, some servants get the one talent, others get more. Your call is what you do with the talents the Lord has given you. Caleb Tackett is doing a ton with what he’s been given.

That is why, at KPGFootball, we don’t focus on “frame” when voting on the post-season teams on which we vote. We vote for football players not just guys who “…look like football players.”

It is nice where the Good Lord gives the sought-after physical frame to you. Let’s not pretend you did anything to earn it.

Now effort, toughness, physical strength, speed development, explosion, grit; these are all things which can be developed. College football players need these things too. I would rather have a player with these things and a “substandard frame” than the other way around, let me promise you.

Caleb Tackett is tough. Tackett is “mountain tough,” which is its own kind of tough.

If you don’t know what a mountain tough kid is…I may never be able to explain it sufficiently. I will give you this hint, it is why the mountains of Kentucky so thoroughly dominate the State Championships in the classifications in which mountain towns field football teams.