A lot of you are going to accuse me of being a hater on Defending State Champions. I haven’t picked one to repeat yet. The reason has nothing to do with me being a hater I assure you. I am a numbers/statistics guy. I put a lot of study into these rankings and being required to absorb tremendous roster loss of production effects how I rank clubs going into the next season. There is a reason some of these teams won championships last season. With the roster they had, being both senior and star laden, it was do or die time. Some teams get a bump-up because of whom is coaching them. For instance, if a Phillip Haywood, Larry French, David Wallace, Joe Morris, Chuck Smith, David Starnes, Craig Clayton, or some other similar coaching legend, is guiding the team’s fortunes and their team is equal with another, I will go with the coach. There are coaches who can determine the outcome, if they enter the contest equally healed. By the way, that list of coaching legends isn’t exhaustive, there are others. Coming into researching this classification, I really expected Beechwood to get the nod here to repeat. They beat a Corbin team last year which played for the 3A Championship and waxed Raceland for the Title on its way to a 13-2 finish. Sorry, Beechwood fans, after pouring over the data, and taking all things into consideration, that just isn’t how I see it. On behalf of Kentucky Prep Gridiron, here’s my projected finish… 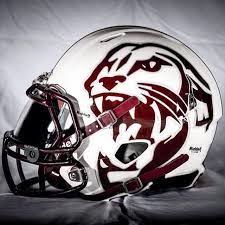 Pikeville lost to Raceland last year in the State Semi-finals, but, just barely. The final was 17-14 and it capped off an improbable run. Pikeville ended the regular season 6-4 before reeling off 3 straight against Harlan, Williamsburg, and Hazard. Pikeville was one of the youngest, if not THE VERY YOUNGEST, teams in Kentucky, last year, as it only had three seniors on the roster (Wyatt Battaile, Zach Hamilton, and Jacob Wilkerson). If you look at the team’s yardage production, clearly it was a ground-based attack, as Pikeville ran for 2,531 yards compared with its 1,400 yards gained through the air. Pikeville returns it top three rushers in Zack Roberts (172 carries, 1,285 yards, 12 rushing TDs), QB Connor Roberts (82 carries, 550 yards, 12 rushing TDs), and Jackson Hensley (27 carries, 250 yards, 9 rushing TDs). For a team which scored 408 points on the season, and largely on the ground, isn’t it comforting to know that three players who represent 2,085 of those yards and a combined 33 rushing TDs are returning? Well, it would be to me.

As for passing the football, I would call what Pikeville does strategic, intermittent passing. Pikeville is a long way from airing it out, but when they do throw, it is efficient and effective. Pikeville returns its QB from last year, Connor Roberts, who, in addition to his 550 yards and 12 scores on the ground, was 69 for 119 for 1,066 yards with 14 aerial TDs. I will take 26 TDs from the QB position, how about you? As for interceptions, Roberts was only picked-off 4 times all season long. Roberts’ favorite Target, Jackson Hensley (33 receptions, 495 yards, 4 scores) returns to provide Pikeville its most potent connection of Roberts to Hensley.

Defensively, Pikeville, which surrendered 268 points on the year (not bad for 14 ball games) returns its leading tacklers Kaden Caudill, Brody Birchfield, and Kyle Watkins. They like their football in Pikeville, Kentucky. I suspect the folks around Pikeville will be pleased with how this team’s upcoming season unfolds.

There was a saying once about someone who always seems to finish second. Always a bridesmaid, never a bride. I imagine were Receland to finish runner-up two years in a row, that would be a saying around certain circles you might oft hear uttered. Raceland was 6-4 during the regular season (Hey Pikeville, sound familiar?) before going on a nice play-off run to the State Championship game, where it got completely ravaged. Raceland has graduated 14 seniors from off of that squad.

Damon Black is a huge loss for Raceland. On a team which only gained 1,789 yards passing all year, Black was 1,615 of those yards. On the year, Black was 147 for 247 with 13 TDs and 11 interceptions. Now Raceland is high on freshman Jacob Heighton who was 3 for 5, last season in limited varsity run, for 89 yards and a score, but he is an unproven commodity. Unproven commodities don’t value very well in preseason polls. If Heighton performs like many forecast, it may be Raceland’s turn.

Defensively, Raceland will miss seniors Will Hale (88 stops) and Justin Whitmoyer (105 stops). However, plenty of stopping power is back as juniors Dalton Adkins (102 tackles), Seth Brooks (63 tackles), and Nolan Smith (100 tackles) are back for one more shot at the big prize. We believe Raceland and Pikeville will meet, just like last year, in the State Semis with a Championship berth on the line. We believe the outcome will be different in two ways; obviously, we think Pikeville prevails this year, and the winner of this game becomes the bride finally!

How good where the boys from Fort Mitchell, Kentucky last year? Well, they were 13-2, they were Class 1A Football Champions, they won the State Championship game 41-0, and they beat a Corbin team, during the regular season, which went all the way to the Class 3A State Final. I would call that pretty damn good. They lost 14 seniors from off that team, but like we have before discussed, whom those seniors happen to be is more important than their number. Not all seniors are created equal.

Beechwood will have to lean on rising senior, Logan Castleman in the ground game as he gained 427 yards on 66 carries with 10 rushing TDs over his junior season. I have no idea who plays QB. Not only will Castleman have to shoulder more load running the ball but, last season, he was the second leading receiver with 36 receptions for 479 yards and 8 TDs.

I really can’t tell you much about what returns defensively as Beechwood didn’t turn in its defensive statistics to the KHSAA last year. I can tell you in 1A football most your offensive stars are also defensive standouts. Therefore, with the offensive production lost, one can assume a good amount of defensive production is also gone. I know Beechwood is good. I know they will make some noise. I have ranked them third, preseason. The bottom line is, in looking at only what they lost on offense, it will be hard to replace 48% of your points scored, 97% of your passing yards, and 57% of your rushing yards from scrimmage, which is represented just by the few players we have discussed herein. I don’t believe Beechwood repeats, but they will be in the discussion all year.

Paintsville High School lost last year to Raceland in the Regional final 31-14. That capped off, and kind of put a damper on, an otherwise fantastic season. Paintsville was 11-2, but with the talent it had on hand, it was difficult to see anyone in Class 1A beating them last year. First of all, they have players in Paintsville, Kentucky. Remember Kash Daniels, the 6-1, 235 pound monster from Paintsville who is at UK playing LB? Last year, Paintsville boasted the best DL in Kentucky, regardless of classification in Tyrese Allen. Tyrese is headed to West Virginia to play his college football, spurning offers from Purdue, Memphis, and Cincinnati. That’s a big loss.

Was Tyrese Allen mobile you ask? Well, the DT played RB on offense, how’s that? Allen gained 882 yards and scored 17 rushing TDs and his senior running mate, Dalton Daniels, and his 444 yards from scrimmage and 5 TDs is also departing at the end of this term. Paintsville will have Tanner Smith back and he gained 570 yards last year on 89 carries with 9 rushing TDs. One reason Paintsville could gain 2,672 yards from scrimmage last year, with a DT at TB, is it had the best tackle prospect in the Class of 2021 behind whom to run the ball. AFI-KPG Freshman All-State Offensive Tackle Johnathan Blackburn, and all 6-5, 320 pounds of him, will be back for his sophomore season next year, with a full season of varsity experience under his belt.

As for throwing the football, Jake Hyden returns at QB. Last season, Hyden was 80 for 170 through the air, for 1,464 yards and 13 passing TDs against only 4 interceptions. His favorite targets, James Allen and Chris Allen return.

Defensively, Paintsville losses Silas Stambaugh, who both led the team in interceptions and was one of the leading tacklers. Chris Allen, who picked-off 3 passes and recovered 3 fumbles is returning as is James Allen, who intercepted one pass and recovered 3 fumbles himself. Still, the defense’s leading tacklers leaving (Stambaugh, Tyrese Allen, Tyler Couch, and Dalton Daniels) seriously effects the ability to get stops. The cupboard isn’t completely bare as Christian Keeton (95 tackles last season) and Jaylyn Allen (53 tackles last season) both return. Paintsville will have a very good team, I just don’t think quite as good as it had last year.

Kentucky Country Day, who lost 12 seniors from off of last year’s 11-2 football team, lost in the Regional Finals (State Quarters) to Beechwood 35-14. By year’s end, Country Day looked like one of the top 2-3 teams in its classification. Unfortunately, they had to play Beechwood in the Quarters. Almost all of the teams who played Beechwood, last year, found that occurrence unfortunate. Country Day did beat a Class 3A, playoff team, in Louisville Waggoner last year 27-6 during the regular season.

Country Day’s seniors who depart at the end of this Spring semester, were the strength of the team, unfortunately for  next season’s prospects. Brandon Leonard was one of the leading tacklers, Josh Lifson was the team’s leading receiver, Gianni Minor rushed for 411 yards and 6 rushing TDs while catching 21 balls for 440 yards receiving and anther 7 scores, and Ashton Robinson gained 1,473 yards on the ground in 154 carries, scoring a whopping 22 rushing TDs. Senior Chris Scott had 125 tackles to lead the team, while Mick Smith contributed 72, Jordan West had 77, and Avante Williams pitched in 44. These guys really lost a lot, all told.

On the bright side, Country Day has QB Jackson Diaz returning. Last season, he completed 106 of 204 passes for 1,586 yards with 20 passing TDs against only 4 picks. I know neither to whom he will hand-off the ball nor to whom he will throw it but I do know him to be capable of performing both physical feats. One of the defense’s surest tacklers, likewise, returns in Blake Caldwell. Caldwell is coming off a year in which he had 68 stops. Even with what they lost, Country Day is good enough to garner a top 5 preseason spot in our poll, but not by much!

This is how we see it at KPG. Take it for whatever you may find it is worth. This has been Fletcher Long reporting for Kentucky Prep Gridiron reminding you to PLAY THROUGH THE WHISTLE!