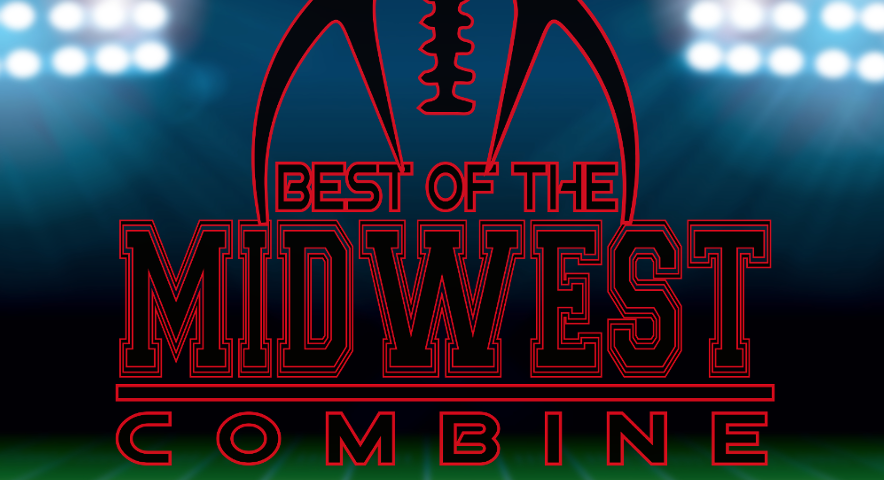 This week-end KPGFootball had an “undercover reporter” at the Best of the Midwest Combine (BOTMW) in Indianapolis, Indiana. We call him “undercover” simply because he was someone whom you wouldn’t have looked at and said, “Hey, that guy is with KPGFootball.” His presence was known to both attendees and the BOTMW staff as he was an enrolled and credentialed member of the media covering the event.

That aside, we were able to get the following report from him and he has asked to remain nameless permitting his complete candor. We do thank him vigorously for covering the event for us and are proud to provide this information exclusively to subscribed members.

Probably should start out with Louisville Trinity’s, Class of 2020, QB-Seth Jutz. Jutz is a former Kentucky Future Star (#Brotherhood) who struggled this year at the QB position for a Trinity team which had a tough year (7-7) even though the Shamrocks still reached the Class 6A semi-finals. Jutz looked like his senior season under center may be a tremendous “break-out” for him as a prospect if his performance at the BOTMW is any indication. The 6-1, 160-pounder garnered MVP of the entire event. Quite an accomplishment, in deed, for Mr. Jutz.

Tre Goodin, whose brother is a college basketball player at Xavier (genetic athleticism), was clocked at 4.47 seconds in the 40-yard dash with Devin Neal, Jr. clocking a 4.41 and DeKel Crowdus a 4.40. Tre plays at Taylor County and both Devin and DeKel are from Lexington with Dekel playing at Frederick Douglas. DeKel is a KPGFootball Sophomore All-State Football player from this past year (2018) and all three players mentioned are former Kentucky Future Stars (#Brotherhood). All three of these players are forecast to play WR or DB at the next level.

Among the WRs, our “guy” said he was most impressed with Crowdus. He described Dekel as “lightning fast with amazing hands whose routes are both sharp and clean. Crowdus created separation from every DB at the combine who was charged with trying to cover him.” Dekel is holding several FBS, Power 5, offers to play on Saturday so KPGFootball can’t profess any surprise at this observation.

Among the RBs, our guy was impressed with the following performances. Brandt Babin had a particularly strong day. Babin is a Class of 2021, 2X KPGFootball All-Stater who plays at CAL. Freshman, Ke’Shawn Hargrove, Ballard, Class of 2022, and DeAaron Robinson, duPont Manual, Class of 2020, were equally impressive. We were told all three of these RBs exhibited great quickness and cutting ability with change of direction speed in the drill work and exhibited solid positional skills in the “indy drills.” All three of these RBs caught the ball very well, swinging out of the backfield, and all three stepped up and pass-protected effectively and with enthusiasm.

Treyveon Longmire, who made the KPGFootball Freshman All-State team (2018), looked new to combine-competition. This isn’t necessarily a criticism because athletes who are attending their first combine can look “out of their element,” so to speak. We know Treyveon is a very good football player at Corbin, though only having finished his freshman year. One watching could tell, though the performance was described as “shaky,” Longmire still demonstrated being a very solid athlete. His performance was described to us as “uncertain, unsure, deer in the headlights.” Longmire struggled with foot work during various drills and was timid on pass blocking, which occurs (often) when a young kid starts attending combines for the first time. It was good for Longmire to “struggle through it” as a freshman and he will get better from here. He has big upside.

Ethan Ware from Pulaski County, Class of 2021, was solid on footwork but struggled on catching passes from out of the backfield and described as “mediocre” on pass protection. The remainder of the running-backs from Kentucky didn’t get many reps as the sheer number of participants made everyone getting adequate work impractical.

Among the linebackers, Kentucky had some really solid performances even though the Kentucky kids didn’t get much attention from the combine LB coaching staff. Our guy covering the event for us told KPGFootball the coaches really had pre-combine-perceived favorites at this position particularly. Tristan Cox, Pulaski Co., Class of 2021, and a KPGFootball All-Stater, performed well and looked outstanding in his limited repetitions. Charlie Ely, Louisville Trinity (2021), was also praised as well as both his classmate and teammate, Brandon Stearman. The linebackers were divided into “groups” and our guy felt Triston Cox was, definitely, the best in his group especially in covering receivers coming from out of the backfield. Cox was also strong rushing the passer. Ely was described as “solid” in both of those areas.

Freshman KPGFootball All-State LB Will Darragh had a very strong combine especially with his reps being limited. Darragh was very effective rushing the passer and, while he looked “average” in coverage, his coverage skills (or lack) was more resulting from his being a freshman more than any deficiency in his playing ability or skills. Stearman, like Darragh, was strong on pass rush but needed work on coverage.

The remaining Kentucky LBs, participated but didn’t draw any particular comment from our evaluator…

Overall, and the BOTMW people aren’t going to like this but our subscribers pay us for our candor above anything else, our guy covering the event came away both unimpressed and disappointed. His impression (and KPGFootball got a similar impression at the Rivals Adizero Combine just last summer) was that the coaches seemed to focus in on a few players, who got the bulk of the reps, while completely ignoring the rest. The focus seemed more the result of pre-combine impressions more than an outstanding combine performance netting the participant either additional reps or additional focus/attention.

As for the coaches timing the 40s, the only serious attention to detail was spent on those athletes who were “expected” to run sub-4.5 times. The “timers” who timed the other kids appeared disinterested. There were kids lined up triple and quadruple stacked, beyond the starting-line, running 40s where there couldn’t have been an accurate time owing to the lack of supervision and the fact they really weren’t covering a true 40 yards. There were also kids who were cheating either the start or starting line and registering some fairly fast, but questionable, times. Overall proper and appropriate supervision insuring accurately-timed-performance just wasn’t there, again, according to our source.

The Appalachia Prep Combine is upcoming at the end of April and KPGFootball will personally be covering that event. Some of Kentucky’s finest will be in attendance to promote both Kentucky High School football and the many excellent prospects Kentucky produces. We are expecting the APC Combine to be very differently run than what was observed at the BOTMW.