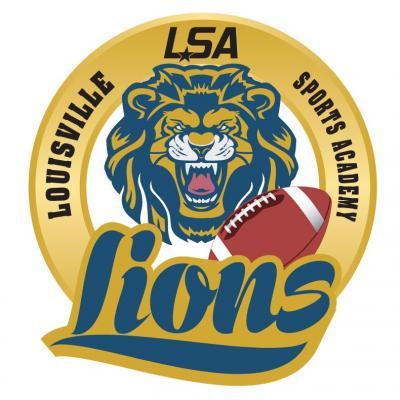 Got contacted by a football coach informing us we had totally missed on a hot prospect from Louisville, Kentucky who this coach believed to be one of the best DBs in Kentucky’s 2023 class of prospects. Well, this is entirely possible as we are the first to say on any of our lists of prospects that, while we believe all the kids we honored were deserving, we don’t doubt for a second there are deserving kids we miss.

We aren’t sure whether this coach, who reached out, coached Mattingly at Barrett Middle School, where Korrey played this past season; or was from the Louisville Youth Football League’s (LYFL), North Division, where Mattingly previously displayed his athletic wares, prior to playing for the Hilltoppers, as a member of the LSA (Louisville Sports Academy) Lions. Here’s what we do about Mattingly and what we know is rather impressive.

First, Korrey just got back from playing in the very prestigious All-American football game. While some may consider Korrey to be presently undersized, often the kids who bloom last; bloom longest. He is 5-2 and weighs 100 pounds but has been timed, in the 40 yard dash, at 5.2 seconds, which is very fast for a player Korrey’s height. When he lengthens; his running speed is liable to be eye-popping.

Next, we know that, while Barrett Traditional Middle School doesn’t keep football statistics, Korrey was reputed to be one of the Hilltoppers’ leading receivers and, we have it on good authority, he caught 5 TD passes from the slot. On defense, where many project him to play in high school, he was a lockdown corner manning the no-fly zone, as you will see from his highlight film.

We know Korrey is currently wrestling at Male High School and is the first-string, varsity, grappler at Male’s 106 pound weight-class though only an eighth grader. Korrey will compete, additionally, for his middle school club team which goes by the name Shamrock Wrestling. Korrey has won a Youth State Wrestling Championship.

We know that in both 7th and 8th grade Korrey had been ranked one of the top prospects in the National Prep Football Association‘s (NPFA) Southeast Region and has before finished in the top 6 of the Southeast Region’s Player of the Year balloting. Finally, we know he was selected and played in the Bret Cooper Junior All-American Football Classic in Dallas, Texas just this past December; a game we happen to know to be both prestigious and reputable.

From all of the above things, it can be surmised we may have, indeed, missed on this Class of 2023 prospect. He may well should have been included in our top prospects list for the Class of 2023. KPGFootball can tell you we have our eye squarely on the young lad now and we don’t intend to keep missing him. He will certainly be in discussion the next time we update our rankings and our selectors will be watching him play before our, once again, convening to select an All-State football team for his class.

Reporting for KPGFootball, this is Fletcher Long reminding you to PLAY THROUGH THE WHISTLE!