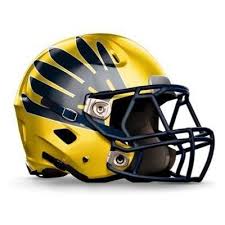 Yeah, we know Darell Keith just got to Todd County last season. However, Clarksville Northeast has come calling and the school’s interest in Coach Keith is very real. There are several reasons why KPGFootball believes Keith to be a player in the Northeast search to replace departed head coach, Chad Watson, who left his post to assume a similar one at Gallatin High School. The below are the reasons…

First of all, Darell Keith has a long history of commanding men from his 29 year stint in the United States Army where he retired from service principally used to instruct and train soldiers. Keith finished his distinguished career and service with the rank of Master Sergeant (E-8). We are quite sure there is no need to point out the similarities between training soldiers to wage battle against the enemy and training football players to simulate likewise on Friday nights. There are a lot of places where 29 years of distinguished service in the armed forces wouldn’t, necessarily, recommend one for employment coaching a football team; but Clarksville, Tennessee is not one of those places.

Secondly, Darell Keith was a finalist and was interviewed for the post when the school hired Chad Watson. When last interviewed for the job he almost got, Keith had on his résumé a year as a position coach at the high school level and several years as a head coach, both at the middle school level and in semi-pro. Since then, Coach Keith has spent a year as a head coach at the high school level with the Todd County Rebels, a team he led to five wins in his first year and a playoff birth. The last coach to do that at Todd County was Randy Thomas in the mid to late 90s.

Next, and there will be those of you who may roll your eyes about this, but this type of consideration has gotten more than one coach hired at more than one school, Darell Keith has a son who happens to be an All-American QB and currently ranked Kentucky’s second overall football prospect in the Class of 2024. Whomever hires Keith gets five years (potentially) of a QB several recruiting magnates have likened to a young Russell Wilson. How many wins would a player of that ilk be worth to any high school program? Enough to get his dad hired whom happens to be a really good coach anyway? Maybe.

Finally, Clarksville Northeast is a 5A football team which boasts, among its former football playing alumni, such college and NFL veterans as Jalen Reeves-Maybin and Travis Stevens. Simply put, Northeast is the class of high school football in talent, on-field success, and playoff success, which presently exists in the Clarksville, Tennessee surrounding area. Northeast has more than adequate facilities to both compete and thrive in Tennessee’s second largest classification of football.

Meanwhile, Todd County is a class 2A, Kentucky team which has to get through both McClean County and Owensboro Catholic to even earn the honor of playing Class 2A, Super-bully, Mayfield. One can win at Todd County, but only if the school’s administration and community are completely invested in the program and willing to provide what any coach would require to both win and compete at a school with the dynamics of Todd County. Otherwise…well, you know.

So, Clarksville Northeast is coming after Darell Keith. Will the Eagles offer (this time) the career military disciplinarian whose curriculum vitae is more impressive than when last the two met? If the Eagles offer him the open post, will Keith be willing to accept it or is he happy where he is? KPGFootball can’t claim to know. However, we hear things…we hear things.

Reporting for KPGFootball, this is Fletcher Long reminding you to PLAY THROUGH THE WHISTLE!