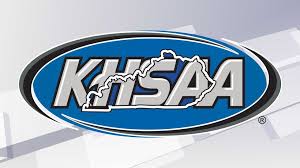 Every year people marvel at the utter accuracy of my weekly predictions concerning high school football matchups. It’s really no trick at all. I know what database to access.

Calpreps.com employs a computer algorithm which breaks down teams, sans a person’s hopes and dreams about where a team should or will finish. The computer is able to forecast how teams will finish, which are the best of Kentucky’s 223-teams from top to bottom, and even which team would like beat the other if the two of them were to meet on a neutral field of play.

Every year, the computers at Calpreps.com come out with preseason rankings. These rankings are not classification specific but they merely rank Kentucky’s high school teams from the best one to the worst one. They have done the same for 2020.

We thought we might publish here the top five teams, according to the computer, in each of Kentucky’s 6-classes replete with our commentary in italics. Here we go…

Well that is what the Calpreps.com computer spit out and what we thought of their preseason ranking. Hopefully we get good news out of Tuesday’s Board of Control meeting and we will get to see this all play out where it should. On the field and under the lights.