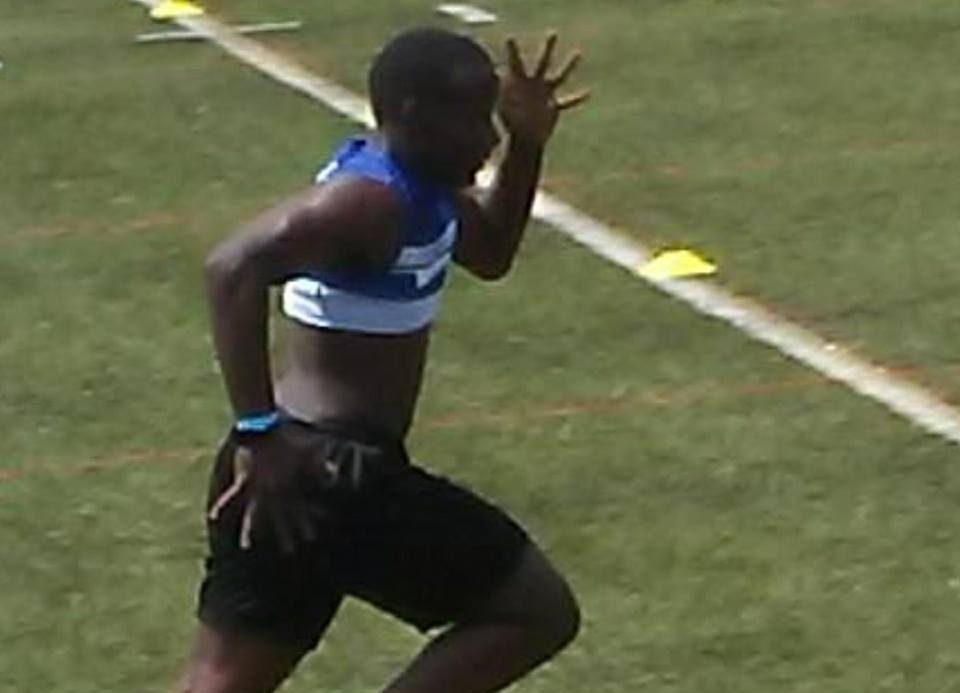 I hear Jamarques Frank, who, by the way, was an excellent student at Highland Middle School, is heading to play for LaKunta Farmer‘s defense at Class 6A Louisville Ballard. If what I hear is correct, that will be the second year in a row that Coach Farmer and the Bruins has struck gold at linebacker. Justice Thompson didn’t work out too badly for Coach Farmer. Let’s recap. Thompson won the Defensive MVP in Kentucky’s victory over Tennessee in last year’s Tennessee-Kentucky Future Stars’ Classic. Thompson then, over his freshman season, not only started all year, but tallied 120 tackles, 69 of those being solo. Thompson was then selected to the AFI-KPG Freshman All-State Football Team. Finally, he was selected a first team, MaxPreps Freshman Football All-American. I would have to say, when presented with the opportunity to work under the tutelage of the coach who help steer this early progression, the decision to attend Ballard for a stud linebacker looked right on the money!

Now, from a standpoint of physical dimensions, there is a huge difference between the 6-1, 235 pound Justice Thompson, and the 5-7, 165 pound Jamarques Frank. However, fans around the Louisville football community don’t question the fact that Jamarques Frank is a stud football prospect, though whether he ends up at linebacker, at the next level, is in question. Where he plays in high school will depend on how he physically develops, how tall he gets, and how he matures. I will tell you a 5.2 second, FAT (fully automated time), 40 yard dash for an 8th grader only 5-7 is moving. Frank, not long ago at the Rivals adizero camp in Nashville, Tennessee, registered that time on the laser. As he hits the strength program at Ballard this summer, particularly the squat rack, and his frame lengthens, he will get MUCH FASTER! KPGFootball will tell you once thing for certain, Frank will NOT play Mike at Ballard standing 5-7 and weighing 165 pounds. With his athleticism, speed, vertical explosion and other athletic characteristics he possess, Frank is hardly limited to that one position.

In addition to his 5.2 second 40, Frank had a vertical which measured 28 inches and, therefore, demonstrated the kid’s vertical explosion, a key indicator of athletic ability. Jamarques played some FB on offense this past season for Coach Joe Thomas‘ 10th Street Cardinals and had 5 TDs in limited carries. On defense, anchoring the Cardinals on that side of the ball, Frank averaged around 10 tackles a game. We were able to talk to Coach Thomas who told us Jamarques Frank’s game is reminiscent of Andre Gardner, a former Cardinal who was called Butta. As the summer progresses, and as Jamarques develops, who knows; we may find out Frank is even better than Butta! I suppose we shall have to wait and see.