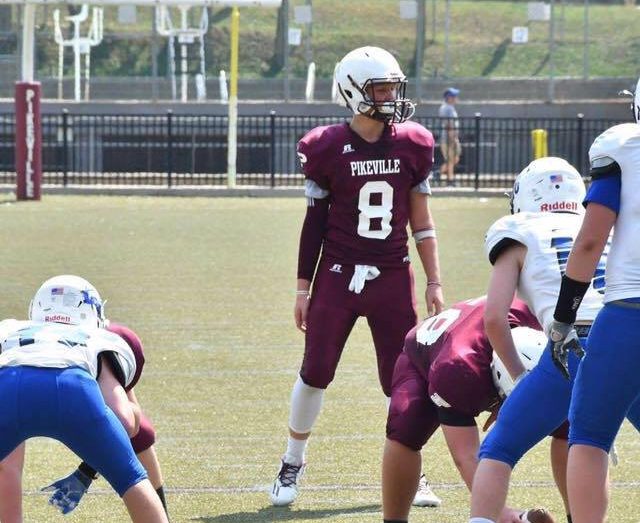 It is tough to evaluate some 7th Graders.  The time period between 7th and 8th grade is a huge year in a young man’s physical development.  As a Coach at the Middle School level, I have seen it a thousand times.  Kid runs funny and is awkward and disjointed in 7th grade, is a world beater in 8th grade and thereafter.  In many ways, the gap between your really good 8th graders and 9th graders is less vast than the gap between the really good 7th graders and the really good 8th graders.  This time of year, Future Stars Classic time, the rising frosh are pretty well into their respective High Schools’ Strength & Conditioning programs.  Hang out with the kids around Hart College on the campus of Murray State University for two days, as I have just done, and you can see it parade around the hallways.

There are always the 7th graders who look differently and are more physically imposing than other 7th graders. I almost said normal 7th graders and stopped myself because none of the 7th graders on Kentucky’s Future Stars team are even close to your friendly, neighborhood, next door 7th grader…but I digress.

I wrote an article about Kiyaunta Goodwin, See Kiyaunta Goodwin…Monster Lineman Punches Ticket to Orlando, KPG, April 23, 2017, because he may be in 7th grade but 6’7″ 340 doesn’t really have an age.  I have gotten to watch Kiyaunta work this week and he is inordinately strong, but then again kids with personal trainers like Chris Vaughn will be that way generally, and Goodwin moves better and more fluidly than you would expect. One can also tell by Kiyaunta’s stance and vertical set he has been well coached. Goodwin needs to spend time conditioning because his motor will run out of gas on you but, heck, he is 13.

Today, watching the 7th graders practice, I noticed another Goodwinish type who happens to play a different position. Isaac McNamee is a 6’2″ 200 pound 7th grade QB who looks and plays much older than he is.  Isaac is a pro-style, 3, 5, or 7 step drop and set guy who gets the ball out quickly and at the correct release point…nice and high, hard to deflect.

Isaac has fairly nimble feet and is sufficiently elusive to avoid the rush which, with his quick release and ability to set his feet, step down the hallway and deliver the ball, rarely has time to reach him anyway. He sees the field well and is intelligent enough to make appropriate reads and decisions with the football, placing it in the coverage’s weak point and away from the trouble.  Isaac has the strength to make all the throws on the route tree too and make them with enough mustard to arrive to the WR in time for him to do something with it after the catch. Pikeville has a tremendous prospect in McNamee and he is a player we will be following going forward.

A friend of mine who happens to be a coach told me today that the 7th grade kid from Pikeville (Isaac McNamee) is the best QB on either the 7th or 8th grade rosters.  I will agree with the fact he is the best pro-style QB with a higher upside of the other QBs on the 7th or 8th grade teams.  Now, I need to qualify this somewhat as I am making this assessment partly and purely because Isaac has a superior frame and stature than the other QBs and superior mechanics. To the trained eye this gives Isaac a bigger upside because he already has many of the anatomical characteristics and intangibles for which Coaches look, though just a 7th grader.

I also got an opportunity to see Travis Haskins, Jr. work along the line of scrimmage and was impressed with his hand violence, get off, and footwork.  Travis has a great frame and is very solidly built and is the kind of player you covet among your linemen as he appears to have a very powerful leg kick and drive while able to gain separation from the opposing player. One last thing I just love about Haskins is his father is from Hoptown and I, for one, would love to have him let old Coach Long mentor young Travis at Daddy’s alma mater.  Oh well, Dad has a great job where he is, so little hope of that happening, but we can dream…