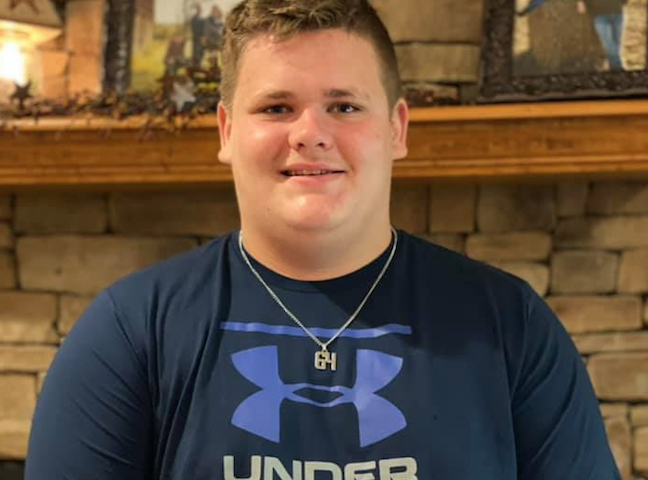 Sawyer Hall is an eighth grader. We thought we would get that right out of the way because much of what we write after this will seem to contradict that.

Hall played in the KYMSFA “Battle of the Regions.” Hall played for the Kentucky Future Stars team in its annual battle with its Tennessee counterparts. Hall started both times along the interior offensive front.

We believe he even logged some defensive reps in the Battle of the Regions. Players almost never play both ways for Kentucky Future Stars with few exceptions.

Hall has won every “lineman challenge” he entered this past offseason. We watched him at the challenge in Jackson, Kentucky win the “lion’s share” of the individual contests and rep the middle school, bench press rep-weight of 115-pounds an incredible 30 or so times.

Hall is 6-0 and weighs over 265-well-put-together-pounds. He is Breathitt Middle School’s thickest lineman, strongest lineman, one of its faster, more explosive, and quicker linemen, and its most skilled lineman for perhaps that level of play’s premier scrimmage lines. Simply put…as an offensive lineman he’s unbeatable; as a defensive lineman, he’s un-blockable.

Sawyer Hall bench presses 275-pounds. Think about that for a moment.

Here is an 8th-grade lineman who can press pretty close to three-bills, clips off a 40-yard dash in the mid-5s, and pro-shuttle in the high-4s, low 5s. We have been told, if the KHSAA and KYMSFA permitted middle school players to play up on a high school varsity roster, this guy would be pushing to start for Breathitt County along its famed “Big Blue Wave (offensive line)” right now and potentially in the rotation along its defensive-line too.

So, we finish this article with the question which began it. Is Sawyer Hall the best two-way lineman in Kentucky’s ’26 class of prospects? You know what? We believe he is.