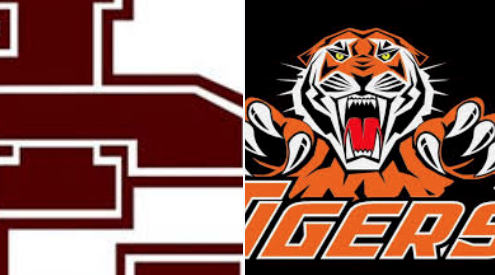 We like to debut certain match-ups particularly leading up to the opener of the 2020 season presently set for September 11, 2020. One of the marquee games, at least in our opinion, is Henderson County on the road to take on the Hoptown Tigers. The Colonels are a Class 6A, first-district team coming off an 8-4 season in 2019. Hoptown is a Class 4A, first-district team also coming off an 8-4 year as well.

Preseason rankings: Hopkinsville is preseason ranked the number 8 team in 4A; Henderson County is ranked number 15 in Class 6A.

Personnel in general: Hopkinsville returns 8-offensive starters with 7 returning on defense. Henderson County took a bigger hit to graduation, particularly losing its do-everything QB from a year ago. That said, Henderson County pulls enough talent from Indiana to be good every year.

Key factors: This will come down to how good Hoptown’s transfer QB, Tre Jefferson, looks running a Craig Clayton scheme which is new to him. Hoptown has a Mr. Football candidate in Reece Jesse at WR, a superb RB returning in Jayden Dillard, and a kid in DaisJaun Mercer who made the AP All-State first-team in 2019 while only a freshman.

Hopkinsville will have to replace bookend tackles Quinton Carlton and Keane Mumford along the offensive front and quality second-level playmakers like Hayden Lackey and Jaxon Davis. That said, should the lines of scrimmage hold up against the size Class 6A teams, like Henderson County, can put on the field, the Tigers have the skills to win this game. The key here will be time to get the ball to the playmakers down field and not getting gutted by Henderson County’s power run game.

KPGFootball Odds: Were we making book on this game we would be giving Henderson County 2-points.

Final Projected Score: Hopkinsville High School 21, Henderson County 17. We are taking the Tigers because they are at home. We believe these two teams are basically a toss-up on a neutral field. Were the game in Henderson, Kentucky, like it was in 2019, we would be picking the Colonels. These teams are a real matchup and this game should be nip and tuck down to the wire. One of the opening weekends better games.