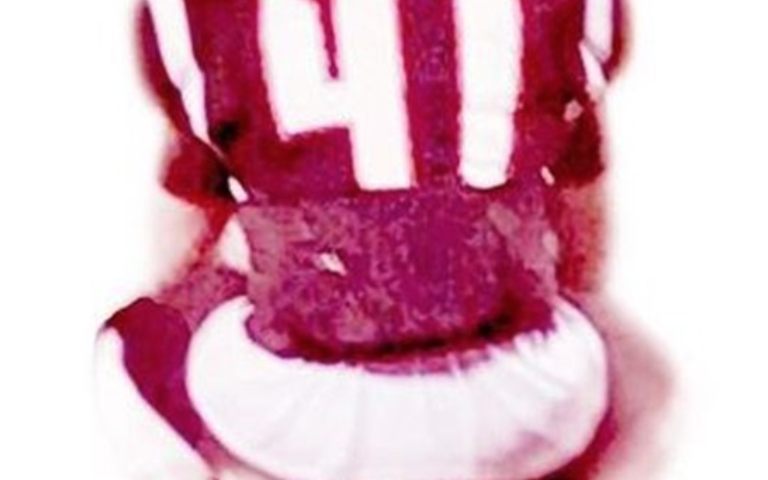 We want to begin this article by saying no one knows a football player in all of Kentucky better than we. Seriously, we have written over 1,500-articles related to the middle and high school football industry in Kentucky and have covered it 24/7, 365 since coming on line.

We weren’t the first, completely on-line, publication with an Associated Press vote for nothing. We were first because we are the best and the most knowledgable on this topic.

That is why, when KPGFootball holds forth on whom the players are; you would be best served to stop bumping your gums and open your ears. Basically, shut-up and listen! We don’t have 710-subscribers paying to hear what we think because we don’t know about what we are talking. Facts.

We were watching a high school game Saturday on television. The game was played in Brownsburg, Indiana on ESPN2 and the local, hometown team was playing St. Xavier out of Ohio. One thing that occurred to us, as we watched the full accoutrement of games (this one among them), is how the commonwealth had dropped the ball in 2020 in pushing back its football starting date and shorting its regular season.

We have permitted fear to prevent us from utilizing an once-in-a-lifetime opportunity to nationally spotlight both the quality of Kentucky’s talent and it’s product, being the high school game itself. The opportunity knocked and we didn’t answer the door. Now, it may be gone; and almost every state around us availed itself of the chance, except us.

You live, you learn. Hopefully…

Anyway, Brownsburg, Indiana (The Bulldogs) beat, on national television, the mighty Catholic school from Cincinnati, Ohio. Brownsburg’s QB was committed to Kansas; one of its receivers was committed to Purdue; and a third, after-thought of a receiver, was an Ivy-league prospect with offers from Penn and Cornell. Take a wild guess who showed up on the national stage, won the game for his team in exciting fashion, and looked to everyone watching as the unquestioned, best-football player on the field for either team. Yep, the guy the big guys didn’t want…the Ivy-leaguer.

That’s just it, in a nut-shell. We don’t know how these recruiting services are judging talent.

What appears clear to us is it isn’t being judged on how they play under the Friday night lights when it is pressure time and the entire team is counting on their performances. If Friday-night factored into the equation, Mr. Penn would have been the one for whom the big-boys were both jockeying and clamoring. Ask the national broadcasters who called the game on ESPN2.

The receiver committed to Purdue was a non-factor in the game. The QB headed to Kansas made as many mistakes and turnovers as he made good plays. The WR likely headed to the Ivy-league? Without question, he was the player of the night. Time and time again, he came-through for his team, big time! He couldn’t be stopped.

Watching it, he reminded us of players like Tanner Coyle. Coyle is a kid who doesn’t report offers but is surely capable and deserving.

Coyle is 5-9 and weighs 220-pounds of chiseled, brick, crap-house. Yeah, we had to clean that up a little. We are a family publication.

Tanner plays 6A-football for a team which struggles competing at that level. Pleasure Ridge Park (Louisville PRP) was 2-9 in 2019 and is one of those schools which doesn’t update the KHSAA website with its statistics. Put another way, we can’t tell you what Coyle contributed in 2019 to his team’s output without watching the entire season and logging the statistics ourselves.

We don’t have the time to do that and we love the kid. No college recruiter is going to do it either.

If you are a high school program and not keeping the statistics for your players up-to-date on the KHSAA website, you are killing your kid’s chances for things like post-season accolades, All-District, Region, and State teams. You may be an impediment to many of their chances for next level progression.

Now, there are players out there with the frame to garner looks by unloading at a combine and walking amongst the evaluators. Tanner doesn’t have that type of frame. He is far from alone in that regard. Not many kids around Kentucky do.

You may never see Tanner’s prowess recorded on any other service aside from ours. I know when you began this feature you thought we were beating our figurative breasts just to call attention to our greatness.

We were, but we really weren’t. The true purpose of the braggadocio, which began this feature, was to convey the following fact: a player’s being among Kentucky’s best need not appear anywhere else but on our site to be deemed both well established and true.

KPGFootball is the unquestioned expert on high school football in Kentucky. We have no real rival.

We are the trend-setters. Our opinion outweighs everyone else’s; end of dictation, period!

He is one of Kentucky’s best pure players under the lights. He is someone who deserves, and should certainly get, an opportunity to play at the collegiate level.

Who says so? We do. On this, we need no consult!