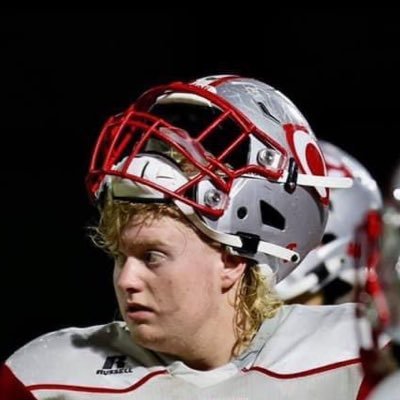 We don’t know how true this is. Lucas Hughes from Hopkinsville (’22, 6-4, 265-pounds, OT) has shown anyone interested in seeing that the flower which blooms last can sometimes bloom the longest.

The point is, we don’t all develop along the same arch. Like Hayden Baker (for instance) at Corbin High School.

Baker is a very fine player. Sure, at 5-11, 230-pounds, he doesn’t have the “traditional frame” for which many college programs profess to be looking. That lack of frame isn’t fatal.

After all, he numbers playing offensive center among his skills. Those guys are in both short supply and always in high demand with a variety of colleges at many different levels.

His most important “measurable” will definitely bring plenty of programs to the table. According to his Twitter account, Baker is sporting a 3.6 GPA entering his junior year. Now, that is getting it done!

Frame aside, we have seen examples of “out of frame kids,” like South Warren’s Jack Jackson (5-11, 230) for instance, thrive at this level and project well to the next level too. Remember, it isn’t always the size of the dog in the fight as much as the size of the fight in the dog.

Now, Hayden Baker cracked the lineup and got some PT (playing time) in two (2) off the Redounds’ 13 contests (if the KHSAA official statistics are to be credited). But, when he played he played very well and his prospects going forward appear limitless.

We are calling it now. We believe Hayden Baker is a one-way star along the offensive front line’s interior in ’22 at worst and a two-way player along each of the fronts, at best. We believe the Redhounds will “lean” on Baker as early as the coming Fall.

Baker is working hard this offseason to ensure our predictions bear true. Baker is working this offseason with an outfit called J50 Pro Training and has already hit 420 on the deadlift this winter with the spring still to go. If he puts in the work, his being the next “Jack Jackson” seems more likely than not!

Here is the main thrust of the reason we wrote the article in the first place. Has Hayden Baker developed as quickly as he would have liked? Is he where he thinks he should be? Probably not.

Is he coming along? Is he working hard to insure he will arrive and someday soon?

From where we sit, in the cheap seats, it certainly appears so. From our vantage point, Baker’s putting in the work. Baker, looks to us at least, to be definitely “getting there.”