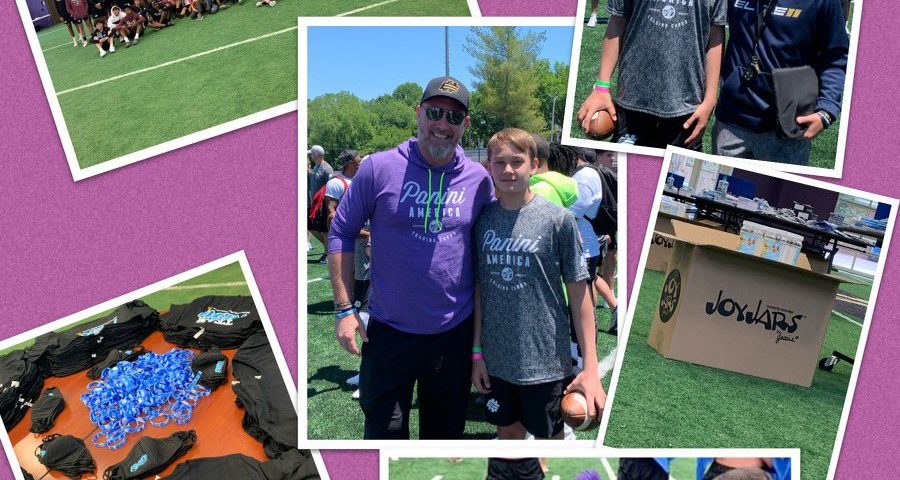 Sometimes we like to check in on athletes we have before covered to see how they did during the season. We wrote a feature about both Cameron O’Hara and his teammate Ryker Campbell prior to the season beginning last summer. They both played very well.

We are also prone to make predictions. Some of those work out better than others. Our predictions about O’Hara all seemed to pan out well.

Here is what we said about O’Hara particularly…

He has a very quick release and lets it go from a nice high position, making batting down his attempts more difficult than a QB with a lower release point. His delivery is short, compact, and he spins it. His passing is accurate and the ball appears to arrive at the right time. The ball seems to explode out of his hand.

When you watch his completions on his highlight film notice the receivers all seem to get the football when they are expecting it. The ball gets on them, sometimes in pretty tight windows, with time for them to “operate.”

O’Hara moves the pocket well. We saw him deliver footballs rolling either way.

Each time, left or right (he’s a right-handed QB), he squared up his shoulders and attacked the line of scrimmage before letting the ball go downfield. Obviously this limits the ball sailing on him while throwing on the move, which in turn limits his passes getting picked.

There is video of him doing drill work with different outfits. We saw him working with Tony Pike, Chad Lawrence, and many other offseason position particular trainers/coaches.

We applaud all of that. It is why his game is so very polished for his level of development.

O’Hare looks like he gets up a ton of offseason footballs. We can tell this from his arm-strength, which is incredibly impressive, especially for a ’26 prospect.

We were able to talk to this prospect’s mother, Suzy O’Hara. She told KPGFootball about her son, “Cameron is a Boone County Rebel and is getting himself prepared for when he gets to High School. He trained a lot over the winter and is getting ready for the KYMSFA’s ‘Battle of the Regions.’”

She went on to tell us, “Tony Pike, out of Cincinnati, and Chad Lawrence, a high school coach out of Kenton County, have worked with Cameron. He’s been invited to several high-level camps…, like Quarterback University and the Hot Bed Middle School Showcase. He’s doing everything he knows…to get prepared for his high school career.”

This looks like a prospect who could have success at the reigns of a high school offense right now, entering 8th-grade. The only things lacking at this point are stature and physical maturity which “Father Time” will remedy.

Frankly, like some of the great middle-school QBs we have before covered, this kid, against an 8th-grade secondary, is unfair. He’ll have a big 8th-grade year, #NoDoubt.

We pointed out the prediction of O’Hara’s “…having a great 8th-grade year” and O’Hara’s working against 8th-grade secondaries as being “unfair” with double emphasis purposefully. We just couldn’t have been any more on the money.

Looking back on the season with the benefit of hindsight, O’Hara accounted for 42-TDs this season playing for Boone County. He also was selected for Battle of the Regions and Team Kentucky FBU by the KYMSFA. We would imagine he will play for Kentucky this summer in Future Stars when they battle Tennessee in that annual classic.

O’Hara measures around 5-10 and weighs 145-pounds with plenty of room left on his frame to add, both in height and thickness. Should he gain the stature colleges both prefer and most seem to require, O’Hara will be an easy take at the QB position in the future.

Here is another of our precautions for you, the reader…remember this name going forward all you interested in recruiting from around the Bluegrass. You will be hearing it many times, over and over, in the future.