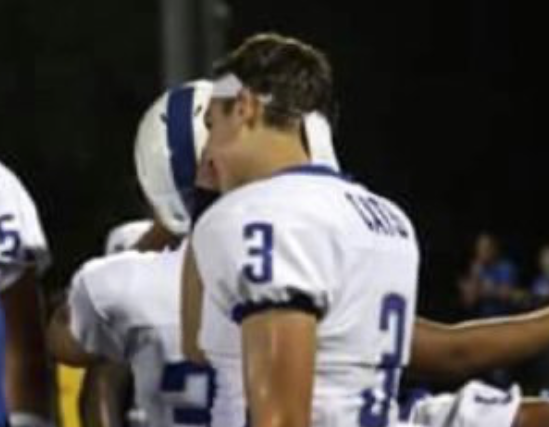 Luke Richardson couldn’t have had a better freshman season; especially as a quarterback. Not many can say they led their respective teams, over the course of their freshman seasons on the varsity unit, to a 14-1 record and a State (4A) Football Championship.

Luke Richardson can say that. That is exactly what he did.

Then came 2019. Then came 7-6. Then came a two-touchdown defeat at the hands of Madisonville North-Hopkins in the Regional Championship game.

As Robert Tepper once wrote in his hit song No Easy Way Out back in 1977, there really is no easy way out and there are no shortcuts home. The Wildcats discovered that to their combined chagrins. Luke Richardson learned it too.

In 2018, the Wildcats boasted the most devastating one-two punch in the backfield high school football had maybe ever before seen, at least in the commonwealth of Kentucky. Tre Bass ran for 2,101-yards and 31-TDs with the second option, Carlos McKinney, gaining 1,700-yards and scoring 21-TDs. Last year, the Wildcats had another couple of seniors in the backfield on whom to rely.

Leandre Stutzman gained 1,150-yards rushing and scored 8-TDs and Cedric Partinger gained 718-yards and scored 9-TDs. Their numbers, nothing at which to sneeze, don’t add up to Tre Bass alone. Stutzman was also the leading receiver with 15-receptions for 408-yards and 7-TDs.

Coming into 2020, Stutzman is gone, Partinger is gone, Chase Gooch is gone (80-carries, 507-yards, 5-TDs). Two years in a row, the Wildcats are left to rebuild, this time from off a team which was the height of mediocrity.

Well, Luke Richardson is back and he will be a junior. The “Junior Year” is the year during which players see the biggest physical leap development-wise.

Richardson has started 28-games his first two years. That is a lot of football experience. He is 21-7 and has won it all and competed for the Region in the two years, both of those accomplishments are virtually a career for average players.

The new one-two punch in the backfield for 2020 appears to be Omar Harrison, 2022, and Malik Carter, 2021. Harrison, as a sophomore, ran for 524-yards and 6-TDs and Carter pitched in 454-yards and 7-TDs. Needless to say they have a lot of production to find, in 2020, to even approach Stutzman and Partinger, much less Bass-McKinney.

One thing is for certain, Richardson and his teammates have learned life isn’t just one big bed of roses. It isn’t some yearly trip to Lexington, Kentucky.

Going back to the lyrics of No Easy Way Out, the Wildcats have learned Franklin-Simpson isn’t indestructible. However, there are somethings worth fighting for…chiefly among which is the feeling of being a champion, which never dies.

However to get there, they must first embrace that…There’s no easy way out. There [are] no shortcut[s] home!