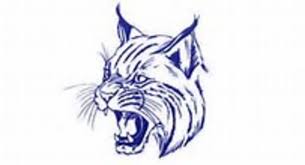 Really, if we are being honest, KPGFootball is a two-man operation. However, we have eyes and ears all over the Commonwealth of Kentucky. Those “scouts” are comprised of our subscribers, readers, and people who follow us on Twitter (@KPGFootball). Well, I got a hot tip from off of Twitter from by a follower under the handle @PRESTOMATIC that a Danny Hudepohl, from Gallatin County, is the next hot thing in the Class of 2021 at the QB position. As we always do, we immediately began researching the reliability of Presto‘s assessment, and you know what? He is not only right, but I am not sure I would merely confine Hudepohl‘s phenomenal football potential to the offensive side of the football. Thanks Presto for reaching out, and the following is what we discovered.

Danny Hudepohl is a 6-0 and 170 pounder who proved himself quite the valuable athlete and stat page stuffer over the 2017 season for Coach Tim Browning‘s Wildcats out of the 2A classification’s 5th district. Danny was the Wildcats‘ leading passer in 2017 notwithstanding his being only a freshman, and his numbers in the throw game don’t boggle the mind, but (particularly for a freshman) they aren’t too bad either. Hudepohl completed only 37 of his 96 passing attempts for a completion percentage of .3845 but he threw for 664 yards and 7 passing TDs. One has to take the good with the bad however and Danny offset his 7 TDs with 7 thrown interceptions. Those numbers, standing alone, are fairly good for a freshman, varsity QB, but they fail to tell the tale.

With his feet, the dual threat QB was able to be the second leading rusher for the Wildcats with 374 yards rushing on 72 carries and a touchdown. Considering sacks diminish a QB’s rushing totals, gaining 5.19 yards per attempt over 72 attempts by a QB is quite good. Last year the young Wildcats‘ leading rusher was only a sophomore as tailback Matthew Young led the ground effort with 558 yards rushing in 112 attempts with 4 rushing TDs and caught 10 of Hudepohl’s 36 completions for 70 receiving yards. Young will return in the backfield with Hudepohl in 2018.

On the defensive side of the ledger, Hudepohl, who is also a corner and a safety, had 40 tackles with an interception which Danny took back 45 yards, though ultimately short of the end zone. His Class of 2020 companion, in the backfield, Matthew Young is the leading returning defender, in addition to leading ground gainer returning, with 72 tackles and a fumble recovery of his own over his sophomore season in 2017. Leading tackler, Jeffrey Bowling, and his 122 stops from a year ago will be sorely missed.

Our overall impression is there is no telling how much progression Hudepohl will make between being a freshman versus a sophomore starter at QB. Most rising sophomores, whom await seizing the reins in 2018, will have either just played JV and/or Freshman ball with little to no substantive varsity run. Hudepohl should enter the season with confidence borne from his having done it last year. Looking at his statistics and his body of work from his freshman season, it is clear this is quite an athlete and quite a stat sheet stuffer on both sides of the football. Is he the next big thing in Kentucky at the QB position? We can’t say for sure. What we may be able to say is Hudepohl is the next big thing coming out of the 2A classification in several positions offensively and defensively among which QB is one.