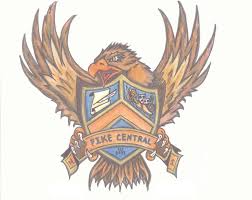 Let me make you one promise right here and now…there isn’t anyone around the mountains more nervous about facing a football season without Seth Conn on the field, somewhere, than Pike County Central‘s head ball coach, Eric Ratliff. Roughly tied with Ratliff may be every Hawks‘ fan in Pike County. Why not? I mean Conn last year gained 1,262 yards rushing in 161 carries and 18 rushing TDs; threw for 227 yards and 5 TDs; and accounted, personally, for 142 of the team’s entire seasonal point production of 297. Conn intercepted 3 passes on defense and returned the same 220 yards with two of the three returned all the way to the house. Conn also registered 70 tackles on the season. Now, that is a lot of missing production from off a team which limped home last season at 5-6. Throw in the departure of Logan Hillerman with the119 stops from 2017 with a fumble recovery and an interception tossed in together with the departure, through graduation, of both Parker Eads and Logan Dotson, who also graduated, taking their 85 tackles a piece in 2017, and you see the source of the tension.

So, what are we to do? Well, there is hope in the 2019 class in both Isaiah Hess and his class-mate, Issac Thacker. Hess in 2017 gained 671 yards with six rushing TDs carrying the football 139 times for 4.827 yards per attempt. Isaiah also played on the defensive side of the football, logging an interception. Hess is the type of athlete not commonly dotting class 3A rosters as the 5-10, 165 pounder runs the 40 yard dash in 4.89 seconds and the pro-agility shuttle (5-10-5) in 4.79 seconds. Hess has a 31 inch vertical leap and runs the 100 meter in a fully automated 12.7 seconds.

As for Issac Thacker, his primary listed position on the team’s roster is as an OLB. This doesn’t completely compute as he is only credited with 3 tackles from a year ago. However, he appears imminently explosive with the ball in his hands from the other side of the line of scrimmage. In 2017, Thacker gained 777 yards in only 83 carries for 9.36 yards per attempt with 6 rushing TDs. It seems to me the answer to the Hawks‘ losses via graduation, at least on offense, may be to give Thacker and Hess more carries/opportunities. The two of them combined for 20.19 carries a night with Hess getting 12.64 chances and Thacker only 7.55. The Hawks don’t throw the football very much anyway as Seth Conn played QB and completed only 13 of his 50 passing attempts for 227 of the teams’ 328 passing yards.

So as we enter the 2018 football season, folks around Pike County, Kentucky are left to ponder whether Hess and Thacker can replace Conn, or pick up from where he left off for the Hawks’ football team? I am afraid Hawks fans may not like our answer. We have not the foggiest idea how the Hawks are going to distribute the void left when Conn, Hillerman, Eads, and Dotson graduated. All we do know is they have been playing football a long time at Pike County Central and we are right sure they will field a team in 2018. Who knows, there may be some killer talent which was biding its time to become the next Seth Conn. Hawks fans, let’s hope so.