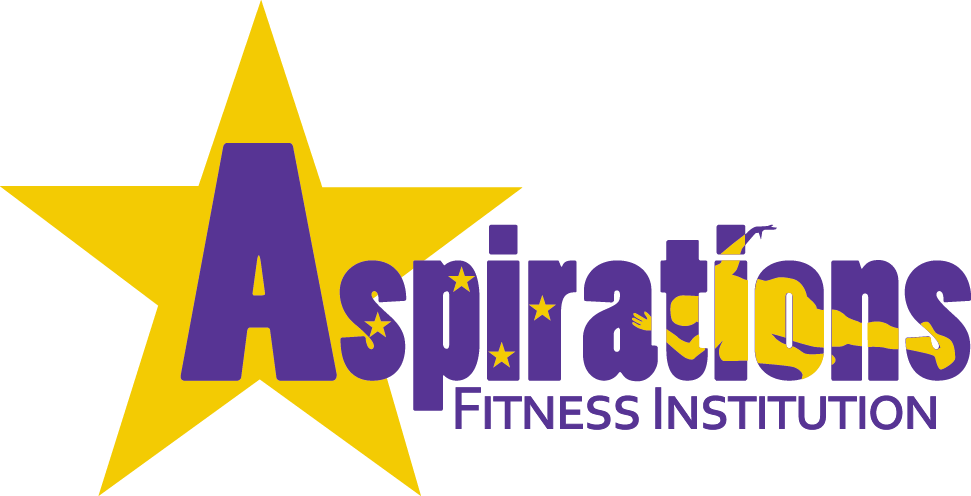 I have entitled both articles describing just how and why the linemen in the Classes of 2020 & 2021 were selected to the Football, All-State Teams, Calling the Hogs. It dawned on me some readers may be too young to remember and appreciate the reference. I certainly mean no offense, au contraire, I mean it as a high compliment. The Hogs  were the offensive line of the Washington Redskins of the NFL during the 80s and early 90s renowned for controlling the line of scrimmage. Joe Gibbs won three Super Bowls, calling the Hogs. The term was coined by O-Line coach Joe Bugel during the 1982 training camp when he told NFL Hall of Famer, Russ Grimm and Jeff Bostic, himself inducted into the South Carolina Athletic Hall of Fame…Okay, you hogs, let’s get running down there. Source: The History of the Hogs, October 2, 2012. The name stuck. I broke down the Freshman Hogs, today we call up the Sophomores for their turns at the trough.

I have seen John Young listed at 6’5″ and I have seen him listed at 6’6″ but he consistently comes in around 280 pounds and has the frame, height, and length to add good weight as he continues to mature, strengthen, and condition. John is projected to play Offensive Tackle in college and has offers, right now, from Iowa State and Louisville, with UK rumored to be about to pull the trigger. John has been called by his High School coach, Stefan LeFors, a player whom he thinks has…a chance to be a really special player. Coach LeFors would know, he has coached some special players and has some on his present roster. John has a reported 40 yard dash time of 5.3 seconds and a pro agility shuttle registered time of 4.7 seconds. To put that in perspective, for the reader, Ohio State’s Pat Elflein, at the NFL Combine last year, ran a 5.32, 40 yard dash, and was projected as high as a 2nd rounder by NFL.com before going to the Vikings with the 70th overall pick. In other words, I don’t know about Young’s strength numbers, because there weren’t any reported, and, frankly, being only a sophomore, I am not sure it matters; but I know he has more length, frame, and is faster than what the Vikings took out of Ohio State with the 70th overall selection. Christian Academy of Louisville lost a heart-breaker at Mayfield, Friday night, in the State Semi-finals but finished the year 11-2 with approximately 2000 yards rushing, behind John Young’s blocking, with Freshman All-Stater Brandt Babin at RB. If John Young isn’t an All-Stater, don’t tell Iowa State, Louisville, and the other FBS, Power 5, programs circling him.

Have you ever been to Pikeville, Kentucky? Pikeville, I am informed, is the county seat of Pike County. Pikeville has a population of 6,903 citizens, roughly, and is located in the Appalachian Mountains along the Levisa Fork and Big Sandy Rivers. They have a high school there called Shelby Valley and play football in the 2A Classification’s District 8. Though the Wildcats had a so-so year at 5-6, Peyton anchored an offensive front behind which the Widcats ran the football for 3,772 yards. In eleven games, Shelby County averaged nearly 343 yards, per game, rushing. Now Peyton plays both ways at Shelby Valley, playing inside technique, along the defensive front. On defense, Blackburn had 60 tackles this year, 32 of which were solo. Peyton is 6’3″ tall and weighs in at a thin 250 with plenty of frame on which to hang 30-40 more pounds of muscle. Peyton projects to play Guard offensively in college but could well play along a defensive front too. I know a lot of offensive line coaches who love players with defensive experience. Linemen, who cross over from defense, are believed to possess heightened aggressiveness and play with nastier dispositions. They are thought to be better finishers. Yeah, that sounds like Peyton. The selection committee scoured across the great Commonwealth of Kentucky to select what, we believe and proclaim, to be the very best players in Kentucky, in these two classes, at their respective positions. Like Hogs rooting truffles, our trek took us to Pikeville, Kentucky and Shelby Valley’s, Peyton Blackburn. We strongly suspect we won’t be the only ones hunting this particular truffle nor will we be the only ones who will find him. By the way, college coaches, when you get to Pikeville, don’t forget to check out the York House, deeded by Colonel and Mrs. John Dils to their daughter, Mrs. JM (Augusta) York, in 1864!

The Belfry Pirates were on an eleven game win streak before losing, in the State Quarters, to Central. That put the Pirates finishing at 11-2 on the year. For the Class 3A, District 6, school, that is probably a disappointing year. Coach Phillip Haywood, at Belfry High School, has won 428 times against 131 losses over 43 seasons and has played for the state title 12 times, winning 6. When I tell you no one around the program will be happy with going 11-2 and losing in the State Quarters, I mean it. Great year for a lot of programs, but, at Belfry, winning 11 is like going 6-5. Belfry has an abundance of young talent which bodes well for it in the future, and is represented well on both our Freshman and Sophomore All-State teams. Ethan Wolford is a football playing stud, who plays Center at Belfry, but whom we decided to just list as an offensive lineman. There was no doubt among the committee whether Wolford was, clearly, one of the top players at his position group in Kentucky for the Class of 2020. Ethan, as a freshman, attended the FBU Camp in Washington DC and was recognized as one of the top lineman, receiving the Top Gun Award. This came with an invite to Rock Hills, SC for the Top Gun Showcase. Wolford has camped at Marshall University and was invited to the David Jones Camp where he won the award for the Top Offensive Lineman. Wolford attended the JJ Watts camp this Spring and Freshman All-State LG, William Long from Hopkinsville, won the JJ Watts Award at last year’s Bret Cooper Junior All-American Football Game in Dallas, Texas, which is some strange connection between these two players, the meaning of which I have no idea, but thought it was cool to mention. I am prone, somewhat, to curious digression. Anyway, Wolford started every game for Belfry as its Center and, ex officio, captain of the offensive line. I say that because, most of the time, the Center makes the run and pass protection calls.  Ethan Wolford is just a damn football player, which Coach Haywood has a penchant for producing, and we are proud to include him on our All-State team.

The Jackson Family knows how the recruiting game is played. It goes without saying they also know something of how the game of football is played too. They aren’t unsophisticated like so many other families because they have been through this recruiting thing previously. Dane’s brother, Drake, was the nation’s top Center prospect before signing with the University of Kentucky. Not that this played any part in Dane’s selection, but I would like to add that Brian Jackson, Dane and Drake’s father, who also played college football as a FB for Purdue, is one of the nicest men I have ever met. I got to know him somewhat when my own son, William, was playing on the 7th grade Team Kentucky FBU and Dane was playing for the 8th grade version of the same team. Drake, then having just graduated from High School and on his way to UK, was helping coach his brother’s FBU, 8th grade team. The Jacksons couldn’t have been nicer or more gracious. I am glad none of them were blocking me. I have it on good authority the Mr. Nice-guy stuff ends the moment they enter between the chalk lines. Jackson men are thick, strong, and get after it, and the same is true of Dane. Madison Southern is a Class 5A, District 6, high school who beat Harlan County 27-20 to run the Eagles’ record to 12-2 and earn the right to face Covington Catholic this week-end at Kroger Stadium for the State Championship. The Eagles have run the football this year for nearly 3,000 yards behind a line anchored by Dane Jackson, who like his brother and Ethan Wolford, plays Center and Guard, but can play anywhere along the interior offensive line and projects to play Center in college. Dane fires off with low pad level and plays with exceptional balance and runs his feet through the whistle. I like to say offensive line play is about technique over physique. My exact phrase is technique trumps physique when physique has no technique. Dane is mobile, strong, aggressive, and smart, with good arm length, permitting him to gain separation. Though not as tall as other players, Dane is a technician and may well be the best pure lineman on this All-State team.  Dane Jackson, who was selected to the MaxPreps, Freshman, All-American, 2nd Team last year, was a player the selection committee was completely sure belonged on our All-State team.

Jordan Vaughn is a kid of whom you may not have heard though he is someone of whom you should have heard. I mean, he was only the Defensive MVP, as an inside technique, in the Tennessee-Kentucky Future Stars Classic playing for Team Kentucky. Just as we indicated above in the article about Peyton Blackburn, offensive linemen tend to be nastier and better finishers when they have defensive experience. Just as it has helped Blackburn, it has helped mold Vaughn as a nasty finisher too. Although listed at 245, players who have played with and against him swear he is much thicker than that. One player who faced him this season from Class 4A, District 1, swears Vaughn’s weight is closer to 270. That is either a tribute to his playing ability or a misprint on his listed weight on the Maroon roster. Regardless, Vaughn, No. 55, has good length, height, possesses the core strength to play with good leverage, and is a really mobile and agile athlete. Vaughn plays tackle for Madisonville-North Hopkins and has started every game, upfront, for the Class 4A, District 1 Maroons both his freshman and sophomore seasons. The Maroons rushed for 3,417 yards this year, largely right off his rear, with Sophomore All-Stater Jariah Hightower piling up 1,528 yards rushing and 15 TDs and Aaron Miller adding another 958 yards and 12 rushing TDs. I am sure Hightower and Miller have already told Vaughn this, but in case they haven’t, hey Jordan, Jariah and Aaron would like to say thanks! Vaughn plays for a Head Coach, in Jay Burgett, himself having prepped at Mayfield High School, who does a good job bringing out the Dog in players and having them play with toughness. Vaughn has a lot of Dog!

Well, these are the linemen who made the Class of 2020 All-State offensive line and why they were selected. Next up, we will highlight some more of the selections to our All-State Football teams, so keep checking the site. Until then, this is Fletcher Long for Kentucky Prep Gridiron reminding all those playing football at Kroger Field this next week-end to PLAY THROUGH THE WHISTLE!