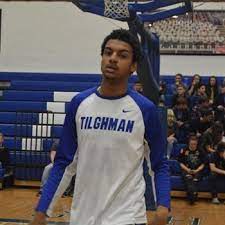 One of the nation’s leading scouting services is Lemming Scouting. Jacob Lemming is the Director of National Scouting and people generally just call him, “Jake.” We’ve never had the pleasure of meeting him, and thus don’t know him at all, but like a lot of analysts we have read and reviewed for years we feel as though we know him.

Jake used to be the regional scout in the midwest for Prep Redzone. He has also worked for Tom Lemming Prep Football, one of the “Godfather’s” of the scouting industry (Tom Lemming being someone to whom we believe him to be related), and has coached football, collegiately, at multiple levels of NCAA competition.

Jake was a defensive back at Bowling Green State University in his playing days. He helped BGSU capture the Mid-American Conference Championship in 2015 and a GoDaddy Bowl appearance against Georgia Southern. Georgia Southern won that bowl game, 58-27, not that it matters.

When Jake Lemming, in October of ’20, called Brian Thomas from Paducah Tilghman a star at “…both safety and WR, showing great range and anticipation…” and furthermore, “…an ideal fit as a DB at the next level,” he wasn’t just spiff-balling.

Lemming knows this topic well. He knows of what he writes, speaks, and tweets.

Now, he also called Brian Thomas a “sleeper in the state of Kentucky.” We would take issue with that.

Nobody around KPGFootball has been sleeping on Brian Thomas. We wrote a feature article about him back in May of 2020, around five full months prior to Lemming’s Tweet. Those of you doubting us, check the link.

Just to refresh everyone’s recollection, in the previous article we called Thomas “…a long, lengthy, freakishly athletic back-four guy…” We also called him “…a pogo-stick, with oodles of vertical explosion, filthy fast, and too quick to corral in a phone booth.”

We won’t rehash the old feature. You may hit the provided link and read it yourself.

However, we will say it is nice to see a reputable national recruiting service, and a highly regarded analyst like Jake Lemming, agreeing with us. It made us feel we were providing quality content.

Now, we had Thomas as a ’21 guy over a year ago. It would appear to us, if his Twitter account is any indication, Thomas has reclassified as a ’22, under SB-128.

In ’20 we wanted to see him more involved offensively and we called for him to play more downhill defensively. He did both.

In only 8-games, Thomas had 7-carries for 117-yards and a TD. Thomas led the team with 21-receptions for 389-yards and 5-scores from his WR post. Thomas was the ball club’s second leading scorer.

Defensively, Thomas led the defense posting 4-picks. Thomas logged 151-interception return yards (leading the club once again) and logged one of the team’s two “pick sixes.” He had 41-tackles with 2-TFLs.

Offensively, that year, Thomas had 5-carries, gaining 25-yards, with no scores. That same 13-game season, Thomas caught 12-passes for 100-yards with (again) no scores.

In five fewer games, his contributions on both sides of the ball proportionately increased markedly, even astonishingly. Will we see this level of two-way production increase again in ’21? There is no reason not to think so, at this juncture.

Now you may realize just why we picked Paducah Tilghman number-two in our preseason, Class 3A, top-five. Brian Thomas will go off in ’21 for The Blue Tornado.

Let’s check back in with each other at the end of the ’21 season and see if we nailed it once more. Don’t bet against us.