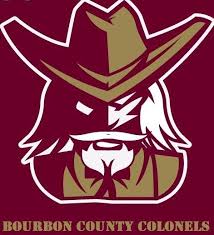 As the offseason kicked off in Paris, Kentucky for the BoCo (Bourbon County) Colonels, we thought, before moving on to cover other teams across Kentucky, we would stay here another day and feature a player on whom new head coach, David Jones, is very likely to rely heavily to lead his new team.

Bourbon County went 3-8 a year ago, which isn’t the type of football expected from the Colonels. However, before everyone runs to jump on a team it considers down, one would be well advised to recall the Colonels have won 63 football games since the 2011 season (8 seasons). Since 2011, the Colonels have won 8, 13, 13, 9, 4, 6, 7, and the low water mark of 3 games in 2018. So, go out and hire the reigning KPGFootball Kentucky Football COY (David Jones) and how long should the rebuild take? Can’t say for sure, but we can say report there is material with which to work toward rebuilding.

CaMarr Myers is gone, taking with him the enormous skill set he possessed on both sides of the football. However, in addition to the returning, down-field passing game we highlighted just yesterday, the Colonels also have Dylan Kirk back for his senior year.

Kirk is a 6-2, 220 pound defensive player principally deployed, in 2018, at LB. Kirk is capable of playing both RB and FB offensively and, with Myers’ departure, is very likely to see his involvement increase on that side of the football. Kirk, in 2018, is listed as only playing in 9 of the 11 football games. In spite of this, he recored 39 tackles, 28 of which were solos (tied for second on the team in that category with Bryce Roy behind only Myers).

We will be the first to report the BoCo Colonels were HORRIBLE in the points scored against category. The team surrendered 427 points in 11 games (38.82 per contest). Still, the defense only allowed around 47 yards a game on the ground, and 23 yards through the air, assuming the statistics the team statistician posted on KHSAA’s site is accurate. KPGFootball is unsure how to reconcile the simultaneous existence of those factors other than there may have been a ton of points scored against the special teams and/or offense. The points scored against the Colonels appear incongruent (at least to us) with the yardage surrendered. Oh well, I suppose we shall see. What did Mark Twain refer to as the biggest three lies? Wasn’t it lies, damn lies, and statistics?

Regardless of just how the statistical discrepancies resolve, the Colonels will be much improved, on defense, under the guidance of a defensively minded head coach the ilk of David Jones. KPGFootball believes Dylan Kirk will be a key cog in Coach Jones’ efforts to build a first-class, 4A, football program. We are certain Coach Jones will succeed and that success will be rapid. It won’t be long now before the Colonels will look much more akin to the 2011-2014 version of itself and less like the 2015-2018 editions.

Reporting for KPGFootball, this is Fletcher Long reminding the Colonels that #WeGotUCovered and to PLAY THROUGH THE WHISTLE!