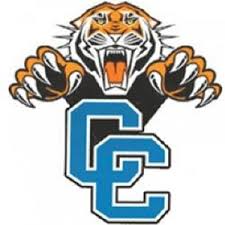 If you think it is easy to select a Freshman All-State Football team, you are dead wrong. First of all, it is unusual for freshmen to get more than mop-up minutes on Friday nights. We really can’t base our selections from off of freshman or JV statistics because we aren’t confident of the legitimacy of the source of the statistics. Even if one assumes there are freshman and JV statistics being kept, which, at many schools, there aren’t, there is no assurance the keeper of those stats aren’t some well meaning, but over-bearing, parent.

There was an issue this past year with media members questioning the tackle numbers of a player in Kentucky whose tackle statistics seemed to exceed most school’s number of defensive plays. So the legitimacy of statistics are sometimes questioned even on sites maintained by entirely legitimate hosts.

MaxPreps has a Freshman All-American team. Maxpreps has selectors whom are know to KPGFootball and with whom we have, before, regularly dialogued. According to them, they award All-American designation to freshmen based (primarily) off of frame and whatever statistics were entered into its website under team stats which may include individual stats. Not all coaches enter data there. In fact, the amount is far fewer than the coaches willing to keep the KHSAA website updated. So, that is a quandary.

At KPGFootball we have a selection committee. The way our selection committee works is the following: First, we look to first-hand knowledge and selectors whom have personally watched the prospect play. Then, we reach out to, and attempt to gain knowledge of a prospect from, what our committee considers trusted sources (we have these through out the commonwealth). Next we consult whatever statistics are entered on the KHSAA, Riehards’ website. We may note frame in the defense of our selection articles but we haven’t yet picked a kid, whose play didn’t merit selection, purely because he is blessed with a Division I frame.

We told you all that to tell you selecting Layton Davis to the team was as easy as any freshman selection could ever hope to be. Like several freshman from the 2017 All-State team, Davis was a year-long, Friday night, first-teamer at a school reputed to be among the top-tier, Class 3A, football programs. Had we selected a Lineman of the Year among the Class of 2022, based from off of production, Davis would have been The Guy.

His statistics were considered, but what weighed the heaviest in his selection was the fact KPGFootball, personally, saw this kid play twice, in 2018, and he was just terrific. Entering the line-up at Caldwell County is close to playing early at places like Boyle County, Corbin, Elizabethtown, or Louisville Central. These teams may have been in the 3A classification in 2018, but have proven, through the years, the ability to play with any team no matter how large or small its enrollment may be.

Layton Davis, playing against some of the best offensive centers Western Kentucky has to offer, registered 64 tackles in Caldwell’s 12 games, with 4 TFLs, and a QB sack. Davis has the pedigree too, as his father played collegiately at EKU. Now, as a NG, Layton’s 5-11 frame, on which he has packed 260 pounds, is right in line with the frame one would expect to see on a freshman, zero technique, superstar with college aspirations. Make no mistake…Layton’s play, and not his dimensions, put him on our team (which is the only team of its kind in Kentucky High School football history).

So to answer the question comprising the premise of the article…yes. Yes, we believe Layton Davis is Kentucky’s top nose guard in the class of 2022. Now, we published a top 17 for the class of 2022 prior to the season (August 3, 2018). Davis wasn’t among the top 17 incoming freshman detailed in that article so his play, this past season, was unexpected; at least by us. We will be re-evaluating the 2022 class upcoming and betting people should wager Davis will shoot up the list from not on it to somewhere in the top 5 or so football players entering their sophomore years. We expect he will be our first nose guard featured.