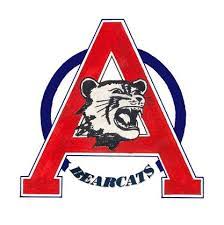 Maybe you didn’t hear, but Anderson County went undefeated in the regular season in 2018 in Kentucky’s 5A classification before losing a tough, second round, playoff contest to Highlands, 14-10. Highlands is, after all, Kentucky’s winningest and most decorated high school football team in Kentucky history. There are worse things than being ushered out of the playoffs by Fort Thomas Highlands. Highlands, over its tradition (895-240-26 overall record with 23 State Football Championships) has put a lot of teams out of the playoffs.

Anderson County has a roster with some real star laden talent. The Bearcats had a 1,474 yard ground gainer (131 carries, 21 rushing TDs) in Charles Collins and another running back, Brennon Maxberry, who gained 873 yards from scrimmage in his 11 games of action (117 carries, 8 rushing TDs). Notwithstanding the outstanding 1-2 punch in the backfield, perhaps the most coveted of all the talent is aligned at strong-side defensive end (SDE). His name (and KPGFootball suggests you write this down) is Darion Dearinger.

Darion has the prototypical size and body type college’s search-out in the position he plays. Dearinger is 6-3, with excellent length and bend, and weighs 245 pounds. It is well-distributed, “good weight” too. Dearinger has a nearly 300 pound bench press, though only a sophomore in high school, and squats 405 pounds. Dearinger also is gifted with the “all-important” attribute of vertical explosiveness as seen in his 28-inch, vertical leap.

Darion runs the 40 yard dash in 4.74 seconds and the pro-agility shuttle in 4.5 seconds, exhibiting both the “straight ahead” and “change of direction” speed the position of End calls for defensively. Now, Dearinger has been selected, the past two years, to KPGFootball’s freshman and sophomore All-State teams in football and has been selected to the National Undergraduate Combine‘s All-American team. We tell you that to explain teams aren’t really running the ball at Darion. While KPGFootball is sure the Bearcats ain’t got not daisy on the end opposite Dearinger, anything beats running right at that monster.

In spite of his avoidance and teams assigning additional blockers to his side as is prominently annotated in every opponent’s offensive game plan, Darian still had 52 total tackles in 2018. Darian also collected 13 TFLs and 4 QB sacks to go along with a forced fumble.

Darion Dearinger is a name which would be omnipresently on the lips of every college coach recruiting the southern mid-west if he played in a different, and more exposed, media market. However, with prospects coming on the scene like this one, coupled with the recent exploits and showcasing of Kentucky products like Cole Bentley, Rondale Moore, and Wandale Robinson, it won’t be long before schools start combing Kentucky finely looking for players the ilk of what has just been listed. Kentucky has them! Anderson County might be a good place to begin one’s search it would appear.