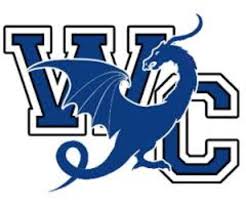 We don’t feature players from Warren Central High School in Bowling Green, Kentucky often, if ever. This might well be our first foray into that particular undertaking. It isn’t all our fault. After all, teams we feature are geared toward where the bulk of our subscribers happen to live. If you don’t support KPGFootball, we don’t report on your team. Sorry, its a dog eat dog world out there, folks. Secondly, what’s to report? I mean, the Dragons have lost 35 straight football games, dating back to a 23-12 win over Warren East on October 16, 2015.

Still, every team in Kentucky has, at least, one top-flight player. When we were picking our Sophomore All-State Football team this year, the name KJ Alexander kept being prominently mentioned in selection committee meetings. In the end, his not gaining selection was owing to the fact his production paled when compared to the production of the players selected at his positions, which (KPGFootball guarantees) was more attributable to the players around him than it was any deficiency on his part.

So Warren Central heads into an offseason coaching search (we have just learned) with a high school program possessing every conceivable facility imaginable to be successful save for the on-field success. It wasn’t too long ago Warren Central was a player in the Region 1, District 2, of the 4A classification. KPGFootball remembers a program which was state runner-up in 1989 and 1990. We remember a program which won 7 Regional Titles, most recently in 2005. We remember Dragon football teams which dotted opposing schedules sans the laughter their slotted appearance invokes today.

Whomever inherits the onus of turning around 35 straight Ls, does get a budding, potential, high school all-state type talent in KJ Alexander. Alexander, playing for a team which went 0-11 for the second consecutive year, after having gone 0-10 in 2016, caught 10 passes for 105 yards receiving with a TD reception. Before you scoff at the production’s modesty, remember the Dragons only scored 121 points in 11 games and the entire team only caught 10 TD passes this past season.

On defense, where Alexander nearly made the Sophomore All-state Football Team, he came up from strong safety to tally 60 tackles, 2.5 TFLs, a fumble recovery, and a QB sack. That level of production, on a team which struggled mightily with supporting cast, certainly caught KPGFootball’s eye (hence this feature article).

We couldn’t find anywhere, on line, any information concerning KJ’s height, weight, or any speed or power numbers. You see, this is how college capable football players never get to college. This is a problem.

KPGFootball doesn’t know KJ. We hope he will read this article. If we were to talk with him we would tell him (and all other high school players reading this) his Hudl page needs to contain his height, weight, 40 time, shuttle time, vertical leap, broad jump, bench press max (or reps at 185 pounds), squat max, power clean max, snap chat handle, Twitter handle, and his cell phone. Coaches interested in recruiting him need the information to reach out and contact KJ.

We went to his Hudle page and found his name, positions, and graduation year. That, sadly, was all we found listed on his page. Recruiters are busy; don’t make them dig for the information. They won’t and will tell you they don’t have time for digging.

We don’t know what the future holds for the Dragons at Warren Central. It would appear to me it’s decision time for its football program. Either they are willing to do what it takes to play big boy football or they aren’t. They have the facilities to play at that level. They can hire a staff to play football at that level, which is now solely up to them. Whomever gets hired may have one last thing in its favor in the arduous, future climb back toward being relevant, once again, in Class 4A, Region I: if they are fortunate, there may be some KJ Alexanders left on the roster around whom to build.

Reporting for KPGFootball, this is Fletcher Long, reminding the Dragons and all the other ballers out there to PLAY THROUGH THE WHISTLE!