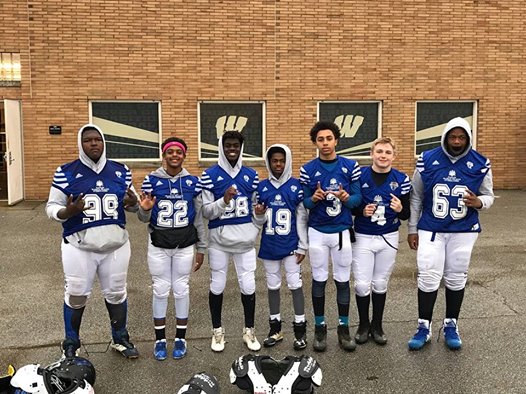 It may not be the only National Championship recognized at the 7th and 8th grade levels of football but it is the most recognizable one by far. Team Kentucky, at both the 7th and 8th grade levels, descended upon Indianapolis, Indiana this past weekend and both punched their tickets to Naples, FA. Now there was a report on social media in support of the belief the 7th grade Team Kentucky FBU had never before been this far in the National Tournament. That isn’t true. This may well be the first Team Kentucky 7th grade to get to the Championship weekend in Naples, FA but this isn’t the first Team Kentucky FBU 7th grade team to be one of the last 8 teams standing.