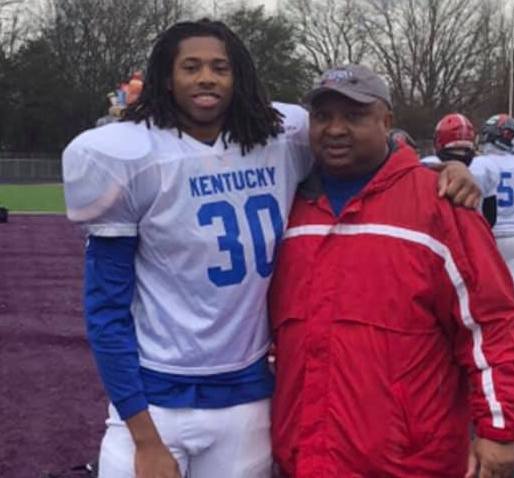 Never seen an All-State team published without there being some serious omissions. It’s an imperfect system for sure; susceptible to error; wanting for oversight; and way too dependent on the entry of statistical data onto commonly visited sites where we, as press, have consistently and habitually visited in order to gain easy access to the information.

KPGFootball., in an effort to increase exposure for Kentucky kids, felt when we went online that deserving underclassmen were being overlooked. In answer to this, we started the “first-ever” freshman and sophomore All-State football teams in Kentucky’s history. This year, in 2018, we not only published freshman and sophomore teams, but added a middle school All-State Football team too. We have been appreciated by a few, and both maligned and ridiculed by a majority, at every step along the way. We don’t really care, criticism be damned, we shall march right along as long as readers like you subscribe and support us.

In 2017, there was a running back named Charles Collins, who was a sophomore and had played for Montgomery County. We failed to put him on our 2017 Sophomore All-State team in spite of his having gained 2,004 yards from scrimmage, on 194 carries, with 29 rushing TDs. How in the world did we miss this guy?

Well, there was a ready-made and convenient reason. Collins (now at Anderson County) had no HUDL highlights, there had been no articles featuring him to that point, and, from a stand point of coverage and online presence and notoriety, Collins just (pretty much) didn’t exist. So, we missed him. We were sorry. We admitted our error. Then we published a feature on him for KPGFootball. Now, he’s not so unknown.

Well folks we missed on another one. Of course, we weren’t alone. Not that this is an excuse, but no one else among the Kentucky press corp did any better discovering what may have been Kentucky’s best LB in high school football, in 2018, than we. Sure would have helped if his statistics had been easily and readily available to us on the KHSAA website maintained for just that purpose.

You see, KPGFootball is the only publication in Kentucky which just covers football year round, 24/7. Our brethren have a multitude of sports to cover, both men’s and women’s. We have done some digging and have discovered Antonio Abren, from Christian County High School, collected 145 total tackles this past season, 57 of which were solos. Abren had 15 TFLs, 3 sacks, and 4 fumbles recovered; one of which was scooped up and returned 99 yards for a score (a school record).

Antonio attended a Nike camp at the University of Kentucky where the 6-3 inch, 190 pounder ran a fully automated, 4.72 second, 40 yard dash. If one considers his prodigious vertical explosion (40-inch standing vertical), I am willing to bet the gangly LB must have been slow out the gate running that 40. He’s faster than his laser time, when you factor in the registered 40-inch vertical and the “foot-pound-pressure-per-square-inch” with which his feet have to “pound the ground” to even have a 40-inch vertical leap. The kid also has a 7-foot wing-span. So, with his height, fully automated time, and his 7-foot wing span, to drop a ball over him when he’s in coverage is as hard as facing a shorter, less lengthy defender running a laser-timed 4.5 flat.

There was an NFL Hall of Famer named Theodore Hendricks who was Guatamalan and played linebacker for 15 seasons in the NFL. He was a member of 4 Super Bowl winning teams and has been elected to the College Football Hall of Fame in addition to his enshrinement in Canton, OH. You probably have never heard of Theodore Hendricks, or even Ted Hendricks, but the football world called him “The Stork.”

Hendricks, like Abren, had incredibly long limbs; hence the nickname. We will wager, however, he couldn’t vertically leap any 40-inches, though we do not doubt he was a world-class athlete. Point is, football has known, forever, that length, especially at LB, is essential for LBs both dropping into coverage, defending the zone over their head, and being able to close out on the edge rush and reach plays which get by shorter players. Abren possesses the kind of length, and freakish athleticism, which makes him a steal for some college programs looking for a “late add” to its 2019, Divison-I, football roster.

Well, colleagues, we missed one here. Of course, you all missed it longer than we (kidding). This is a player who KPGFootball has zero problem relating is both an All-State caliber HS linebacker and one whose name should be discussed when debating the best at his position anywhere in Kentucky’s Class of 2019.