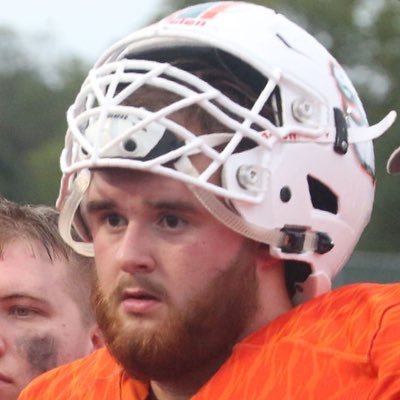 There are players whose “break-out” years are easier to predict than others. Kids framed out like Wyatt Hawkins; well, his “breaking-out” this coming Fall isn’t too hard to predict.

Hawkins is a transfer into Bourbon County from Class 5A powerhouse Frederick Douglass in Lexington, Kentucky. He’s a kid making the combine rounds and impressing every where he’s been.

One of the things we like about him most is his attitude. He published to Twitter, “People often ask me what’s my motivation. I have 0 offers. I’ve gone on 0 visits. I’ve gotten 0 emails. That’s what fuels the fire and that’s what makes me 100% committed to the game.” We don’t foresee that collection of “zeros” remaining a constant.

We may not have a test score on the big fella. However, his reported 3.5 GPA is going to make programs smile. Grades like that give prospects opportunities not everyone has.

Hawkins is 6-3 and weights in the 300-pound neighborhood. He has excellent length and moves his feet well.

He is making strides in the weight room is the remaining piece of the puzzle. He’s a “trust the measurables” prospect when he fits the “eye” of college recruiters. Gains in the Bourbon County offseason weight program, together with some solid combine work this offseason, should put this guy over the top.

He has something pretty major working for him. His high school coach, Dave Jones, is among the best in the business in garnering “college looks” for his kids.

He’s a very sound football coach. He’s just as sound of a publicist. With Hawkins, we believe he would tell you he has plenty with which to work.

We believe Hawkins is most likely an OL in college, though he can play DT too. We believe he will slide inside at the next level, though our agents in the Lexington area, which includes Bourbon County (Paris, KY), tell us he may play tackle for Coach Jones and the Colonels in ’21.

We believe Wyatt Hawkins will have a break-out senior season. We believe he will get opportunities to play at the collegiate level. We believe his days of reporting “zeros” is coming to an abrupt halt.