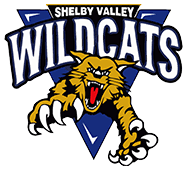 There was a recruiter once who asked a subscriber to this very site why he would go to the mountains to find a diamond in the rough when he could just get off a plane in Atlanta, Georgia and be in the middle of a diamond market? Well, that principle is fundamentally flawed in several ways. First of all, you are assuming you are from a school which can just take whomever it wants. Not every school is in that position. Secondly, you are assuming the athletes in Atlanta are superior athletically and much of that is because the athletes there are constantly publicized. Are they really better or do you assume they are better because some geek from a recruiting site whom has never personally played a down of football, but whom has a writing job for Rivals, says they are better? My final point is this…are you certain football talent is so hard to find in the mountains?

College recruiters I will give you a really good example of why recruiting the mountains, particularly for lower level FBS and FCS schools is a really smart allocation of recruiting money. Close your eyes and picture the following. There is a kid who has won fastest man at every college camp he has attended all summer. He has broken 4.5 in the 40 yard dash everywhere he has camped, hitting as low as 4.43, at places like Morehead State University, the University of Columbia, and UPike. He consistently shuttles (5-10-5) in the low 4s, anywhere from 4 flat to 4.25.

Now put him in Atlanta, Georgia with Atanta’s access to media and the ability to publicize its athletes. The kid I have been describing is a five-star recruit and you have exactly no chance, at all, of signing him. He’s out of your league, above your pay grade, he will play in college, but in the SEC, not the OVC. Now, put him at Shelby Valley High School and his name is Seth Johnson.

You go to the mountains to get to sign talent which wouldn’t let you in the door if it had more access to publicity and was as ballyhooed as athletes who aren’t better but better known. If you are a FCS, college football coach, and Seth Johnson lives in Atlanta, Georgia, your chances of signing him are zero. Now how many diamonds  do you think Atlanta has running 4.43 seconds in the 40 and shuttling in 4 flat?  There are some, but not as many as you would think. Let me change the equation one more time, how many prospects in Atlanta, Georgia run 40s in the low 4.4s, shuttle as low as 4 flat, and have a 3.69 GPA with a 23 on the ACT? What’s that you say? Yeah, I thought so.

We have shown there are players in the Mountains just like there was an NFL, Hall of Famer growing up in a remote place like Hog Chain, Mississippi. I am sure the University of Arkansas was damn glad they found Lance Alworth, a.k.a. Bambi. Imagine if they had never even gone there. I mean, where the Hell is Hog Chain, Mississippi? If you want to see what these Mountain athletes can do, go look at the results of our All-State Mountain Combine. Fast is fast, quick is quick, agile is agile, mean is mean, tough is tough, and strong is strong. None of these characteristics are confined to a certain height, weight, or geography; be it Atlanta, Georgia or Pike County, Kentucky.

If you don’t know where the mountain athletes may be found or contacted, get in touch with KPGFootball we will be happy to make the connection and requisite introductions. Marshall University signed five linemen from the Mountains in its 2018 signing class. Division I schools are finding the Grayson Cooks, the Dagen Rashs, the Ethan Wolfords, the Issac Dixons, the Seth Mounts, the Peyton Blackburns, and the Seth Johnsons. What they are discovering when they bring these kids in for camp is they are getting football players who are athletic, big, fast, powerful, quick, and explosive and they aren’t having to fight off SEC teams for them. It’s like visiting a gold mine up in the Mountains that only you know exists.

KPGFootball would advise you to avail yourself of this golden opportunity while it lasts, because it won’t always be this way. Teams are going to find out about players with the speed, quickness, and athletic ability of Shelby Valley‘s Seth Johnson. When they do…you might find there’s no more room at the Inn for college teams like yours. You’ve been warned!