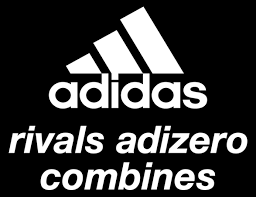 I attended the Adidas Rivals adizero combine in Nashville, Tennessee today and I must confess this article is quite different than the one I envisioned writing when beginning the trek this morning. I believe all of the kids who went with me performed well considering they sat out in the hot sun, in an aluminum grandstand for 2.5 hours, before getting to compete. I am going to try to write this article with as little rancor as I can. I bear Rivals, and its illustrious collection of analysts, no animus whatsoever.

It is well known my son plays football. William Long doesn’t have one of the characteristics coaches prize in offensive lineman. He isn’t very tall. From my observances today, I left impressed that height is a characteristic particularly prized by Rivals. For schools who desire linemen who come off an assembly line of industry specification, I suppose William will be out of the race before the gun fires (at least in regard to playing along an offensive front). In spite of that, based on his incredible strength, power, and explosion, coupled with above average speed and athleticism, he has done well as a football player and has made numerous All-State and All-American football teams in what has been a brief, but to date, illustrious playing career. In combines where the ability to perform tasks actually utilized in the sport of football are measured, he has always come away from the combine one of the highest regarded participants. At this particular event, I felt I was at the fair hoping he would hit the demarcation line which would permit him to get to ride the roller coaster.

Now, when I got to the cattle-call, I mean combine, I was denied access to the field, even after identifying myself as working media covering the event. I have never, NEVER, been denied access to any sporting event as a member of the working media, NEVER! I have covered much bigger sporting events than this Adidas/Rivals speed combine and been permitted full access to the facility, field included. I covered the Cotton Bowl this past year, from the 50 yard line! I was told that Rivals was the exclusive media provider and that only they were permitted field access. I should have told them I was there to cover the kids too short for the Rivals’ ride so Rivals and I wouldn’t be tripping over each other. Oh well, I digress. After having been denied access to the field, I took up a position over by the Rivals’ tent. There, under the tent, were several well-known Rivals’ analysts. In my industry, even to football fanatics not in the industry, these would be names you would know. These are house-hold names in football recruiting.

You should have heard these guys making fun of kids whom they found woefully and physically inadequate, and the parents who brought them to the event. Mind you, none of these analysts in any way, shape, or form looked, at all, like they had ever played the game of football. These analysts ambled with the grace and fluidity akin to how I once heard Jim Furyk’s golf swing described…they moved with the athletic and graceful bounce of an octopus falling out of a tree. I would put the over/under of lockers these guys were shoved in, growing up, at about 100 each. By the way, I believe I will take the over. I have literally seen less zeros in a Publisher’s Clearing House Sweepstakes. So here are these guys making fun of football players whose collective jock-straps not a single one of them could hold. I am sure they won’t get that reference because none of them have ever worn a jock-strap. I was sickened by it. I was disgusted by them and didn’t find them the least bit impressive or funny.

I told you all of that to tell you this…if your son is just a dang good football player, but lacking in some physical characteristic, don’t bother with Rivals. They only have power over us to the extent we allow. Quit reading their stuff, quit attending their events. They have lots of competition. There are other publications, other combines, other opportunities. Believe it or not, there are analysts out there who actually know a football player when they see one and prize those attributes which make one good at the game they have committed their lives to covering. If your son is a football player, and his game-tape fully bears that out, then screw Rivals. The guy whose play improves every team for whom he plays, the guy who knocks some heads around, and the guy who flies around the field making plays, but whose height doesn’t hit the imaginary Rivals’ line, is still prized around KPGFootball, and many other schools and publications I know. As for the Rivals.com and it’s you have to be this tall to ride standard, screw their height line, I am getting off their roller-coaster anyway.