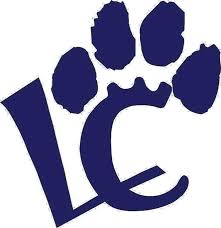 Tyler Ezell was forced into the lineup, in 2016, as a freshman to lead a team which would go 1-9, winning at Todd County at the end of the year, to stave off another winless season. Something imperceptible throughout Western Kentucky happened October 28, 2016 at Todd County Central. Something which escaped much notice. This Something which happened was much bigger than the Cougars winning that particular night, 56-27, behind the steady and reliable play of its freshman quarterback, Tyler Ezell. Let me give you a history lesson.

Logan County was 0-10 the year before Tyler Ezell joined his middle school head coach, Todd Adler, on the varsity sideline (2015). Logan was 0-10 in 2014, 0-10 in 2013, 2-9 in 2012, 4-6 in 2011, and 1-9 in 2010. Going into Todd County Central on October 28, 2016, the Cougars had lost thirty-nine consecutive football games. For that matter, the Cougars had won only 8 of its last 71. It was one of those programs considered a coaching profession death sentence, a no-take offer, a don’t captain this ship as their exists no opportunity to steer this Titanic of a football program in any direction apart from straight down into the depths of Davy Jones’ locker-type job. Someone forgot to tell Tyler Ezell this…someone equally forgot to tell Todd Adler.

Here we are on the cusp of the 2018 football season and the Cougars of Logan County have now won 12 of its last 13 ballgames. It has one of the best interior defensive linemen in all of Western Kentucky in Caden McKinnis, one of the area’s most potent and explosive running backs in returning sophomore All-Stater Gary Hardy, a returning freshman All-State linebacker going into his sophomore season in Zach Yates, and a QB who hasn’t done anything for his head coach other than win ball games. Ezell has won games with his arm, he has won games with his feet, but, most frequently, he has won games with his head (3.9 GPA) and heart. I know this statement is both trite and seemingly overplayed, but if one has to describe Tyler Ezell in one word…that word would be WINNER.

Tyler is 6-0 and weighs 185 pounds. He has been hand timed as fast as 4.72 seconds over 40 yards. This is plenty fast; but one would imagine he is even faster when chased. Ezell completed 113 of his 200 passing attempts, in 2017, for a completion percentage of .5650. Ezell passed for 1,611 yards with 19 passing TDs while being intercepted 11 times. Those aren’t bad passing numbers, but we have seen better, even out of sophomore QBs. On the ground, this dual-threat QB gained 606 yards on the ground with 10 rushing TDs. All told, Tyler Ezell personally accounting for 2,217 yards of offense and 29 TDs for his team. I believe any coach would take that level of production from his QB position and marry it.

There is one statistic which defines QBs as much as any to the savy football fanatic and it is one which defines a signal callers’ legacy and leaves the fans with the most lasting impression. We can argue the fairness of it all you would like; however, what is cited most about a QB and his ability to play the position, or his legacy, is the all important statistic of wins and losses. Quarterbacks are the Captains of the ship and a Captain has to be able to sail his vessel both smoothly and well.  No one has ever said about a Captain whose ship sank…but he sure was quite the sailor.

What defines Tyler Ezell to KPGFootball, more than passing yards, yards gained rushing, TD passes thrown, TDs scored rushing, interceptions, completion percentage, or any other statistic which attaches to the all-important position is 11-1, and winning 12 of the last 13 games played. Let’s face it, at a program which has won 19 games since 2010, one has to be impressed with any Captain whom can steer that vessel to 12 wins in 13 games. Maybe in the end, that is all we need to know about the Junior-to-be.