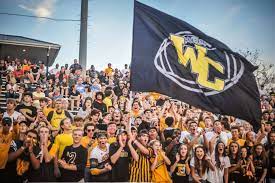 We may be idiots but we decided to try to pick 12-games we expect will be played this weekend, come heck or high water, as people say. We will check back after Friday night’s action to see how we did.

Here is our version of the “dirty dozen” football games to be played this Friday night and who will win and what the likely score will be. Good luck everyone!

Game one: Pikeville at Belfry…

I can remember a time in the not too distant past when it was inconceivable to a Belfry fan it would ever lose to Pikeville High. I have looked foolish before picking Pikeville and have been ridden into the sunset by the red legion for picking Pikeville over Belfry. Well, by golly I am picking Pikeville this year. This is the a Belfry team with some good players dotting the lineup but more holes other places than a big, old piece of Swiss cheese.

Prediction: Pikeville wins by as many as it chooses. Let’s just put the numbers “60” to “0” on the old prediction board

Paintsville is a Class 1A football team but there are teams which transcend its classification and the defending State Champions at 1A have proven to be one. Knox Central is a 4A team and better this year than many thought they would be what with graduation losses and its top RB prospect transferring this offseason to Corbin. Should be a good game.

Everything we said about the Belfry/Pikeville rivalry history can be said here too. These teams play yearly. Beechwood puts up a great fight most years and then succumbs to the Class 5A perennial powerhouse. This year, we are taking the Class 2A defending champions. It won’t be a 60 point margin. But we like Beechwood by nine (9).

This game pits the best QB/WR duo in Class 2A’s, seventh-district (Kizer Sloan/Landon Smith) against the best dual-threat QB in all of 1A football (Chase Mims), who is nearly as dangerous with his feet as with his arm. This game is at Betsy Lane and the Bobcats win this one big!

Ricky Bowling’s Warhawks are undefeated, sitting at 4-0. They are a Class 5A, sixth-district team which has to get through Frederick Douglass to see the third round. Oh well, that is that I suppose.

Bourbon County’s only loss was via forfeit. No team has stepped out on the field and beaten them yet this year.

Bourbon has been lamenting a lack of poll respect. Well the Class 4A, fifth-district Colonels know how to fix that; Beat Great Crossing! This game is a pick ’em.

Prediction: We like the Colonels 24 to the Warhawks 21 in a mild upset here

This is a battle of defending champions. BG won the 5A classification a year ago and Boyle won the 4A counterpart. Neither of these teams are as good as they were a year ago. However, Boyle is a heck of a lot closer to its ’20 form than is BG.

When these two consolidate for the ’23 football season, the KHSAA (and its fans) are going to miss this annual slugfest. As much as any game in Kentucky, if you like fisticuffs the parking lot before or after this game is as good of a chance as you will ever have to throw your hands if you’re in to that kind of thing. We aren’t kidding.

Of course, our sources tell us the Zach Moss experiment at QB is over as Tre Jefferson is back from the dog house to resume his QB’ing responsibilities. This smells like a long night under those circumstances for the Ricky Gehres coached Colonels.

Fun fact, neither team has beaten a single solitary sole this entire season not based in Princeton, Kentucky. Both teams played Caldwell County.

Prediction: We are picking the Tigers to beat the Colonels 35-14.

Did you see the most recent AP top ten for the 2A classification? Middlesboro came in this week at Number 4. Harlan is a Class 1A squad who has to schedule teams like Jenkins and East Ridge to get wins. The Yellow Jackets roll in this one in what amounts to little more than a tune up for when a limping Breathitt squad pulls its bus into town next Friday.

Coach Holcomb just hates it when we feature him in articles. We don’t really give a darn. KPGFootball answers only to subscribers and advertisers of which Coach Holcomb is neither. We couldn’t help featuring him earlier in the week as the entire commonwealth is talking about the job he is doing with his team out to a 3-1 start. We believe they run the record to 4-1 after the visit to Lafayette High School in Lexington, KY this coming weekend.

Our apologies to the Louisville contingent but this game, and not Trinity at Male, is Kentucky’s biggest matchup this weekend. Both Catholic (4A) and LCA (2A) are listed among the very best in Kentucky, regardless of classification, on the MaxPreps website. Big-time rivalry game here between one of Kentucky’s best in 4A playing perhaps the best 2A football team in the history of that classification. We like LCA here.

We predicted preseason that Trinity was not going to be the same team which won it all in 6A in ’20. When you graduate all but one starter from off of your offensive and defensive units combined, how are you not rebuilding? Male has D-1 guys all over the field. We like the Bulldogs in this one and fairly substantially.

Didn’t we tell everyone, preseason, that Coach Dennis Johnson had a boss-squad in ’21 from Woodford County. Maybe next time you guys will listen when the experts are talking.

While Woodford County is undefeated (4-0), we hear everyone complaining the Yellow Jackets haven’t really played anyone. When they dispatch a 2020, Class 4A finalist in Franklin County tomorrow night, maybe some of you will jump on this bandwagon.