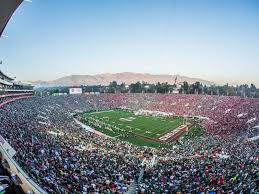 Shakespeare, (yeah, you’ve heard of him, right?) once wrote a famous line from perhaps his best known play. The line was, “A rose by any other name would smell as sweet.” It was in the play, Romeo and Juliet.

We are seeing this same phenomena in college football recruiting circles. We read an evaluation on a recruit recently referenced in an article in Sports Illustrated. This prospect was called a “trust the measurables” prospect.

What does that mean? Personally, were it said about me, I would be a bit offended.

What in the world is a “trust the measurables” prospect, you ask? Easy, it is a guy bad at playing football, headed to a Power 5 school, because he is the desired height, weight, and length. Period, that is what that means.

If you’re a certain height, weight, and possess a certain length then your being a terrible football player doesn’t really matter. After all, trust the measurables!

Let me show you what else was said about this recruit in the nationally appearing article. The following was his evaluation in an SI All-American article:

Under “Frame:” it says, Unusually long with a thin and wiry frame. Has room to add weight and will need to do so on the next level. Translation, he is tall and skinny and has spent very little time in the weight room and better get in there if he ever expects to play. The Plus-side: his arms and legs are “super long.“

Under “Athleticism:” it says, Shows a quick first-step at times…though he has plays where he is late off the ball..Has length and play strength, but needs to learn how to play with lower pad level. Hips seem to be loose. Translation: Not a bad athlete but takes plays off and lacks the core-strength to “sink;” but hey, he is tall with long arms.

Under “Instincts:” it says…At this point in his playing career…he’s just a “see ball, find ball” player. If the pad level is fixed, he could be of much more use on the next level. He redirects down the line of scrimmage well, but is inconsistent with his first step. Translation: He is not good at the game of football and has poor instincts. He is a “project” who may be useful if we can get him strong enough to actually play. The reference to “see ball, find ball” means he freelances a lot and doesn’t do the job which is his, at his position, and in the defensive scheme his high school team deploys.

Under “Polish:” it says, There’s certainly a lot to clean up in terms of technique. He’s playing with all athleticism and attributes at this point. He’s built like a wiry defensive end, but has been asked to play the 3-technique, which could hinder his immediate impact at the defensive end position that he will need to play based off his frame. Translation: No other way to color this…he hasn’t been coached at all or he has been resistant to coaching. But hey, he’s sure tall with long arms and legs and really skinny!

Under “Bottom Line:” This is a “trust the measurables” type of football player. There’s plenty to clean up with (name omitted), but that’s only good news for (omitted name of the program) fans. He will only get better upon arrival in college, and it’s not too shabby at this point. Pad level and weight gain is where the improvements start no matter where he lines up. Translation: Why did you offer this guy? Because he’s tall? Because his arms and legs are inordinantely long? You sort of have to “trust the measurables” as there isn’t much else which can be said about him.

Can you imagine characterizing the play of a HS football player headed to a Power-5, FBS-program, as “not too shabby?” So, his play is shabby just not too shabby. What a slight! Man, if this were a guy headed to a team for which I cheered I would be super pissed.

Now, I want to tell you SI is analyzing a prospect here not from Kentucky, but more ballyhooed and well-thought of than any in-commonwealth prospect we have. He committed to a team considered among the all-time heavyweights in FBS, Power-5 football.

We hope this look at this analysis was helpful. This may address some lagging questions you have always battled with answering.