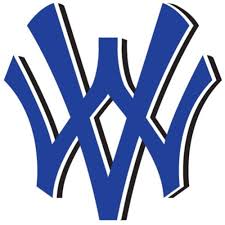 Probably the best thing about high school football is the fact you can still play it, and play it very well, regardless of whether your physical dimensions conform to what conventional wisdom appears to mandate for a particular position. There have been plenty of examples of this over the years in high school football. One of the greatest personal examples of this came from when I was in high school myself. There was a guard on our 1984 State Runner-up team at Hopkinsville High School who was approximately 5-8 and weighed 160 pounds, soaking wet. As a matter of fact the other guard, on the other side, was about the same height and just outweighed him by seven pounds. I mean this guy was mean as Hell and may have been the meanest player to ever step between the powdered lines at the old Walnut Street Stadium. He mouthed, he stomped, he bit, he punched, and the things he would say out on the field….well, let’s just hope his sweet, now departed, mother didn’t hear. This guy has had quite a career in high school football as I am referring to Bowling Green High School‘s present head coach Mark Spader. Stories about programs having their own Mark Spaders span the entire breadth and width of the Commonwealth of Kentucky in every nook and cranny.

WVHS has a Mark Spader in undersized (everywhere but heart) combo offensive guard and defensive linebacker Grant Grubbs. Grubbs is listed at 5-11 and weighing in at 165 pounds. As an offensive lineman for WVHS, Grubbs helped pave the way for his teams’ 3,330 yards rushing last season as the Bearcats polished off a 9-3 record, bowing out of the playoffs in the second round to perennial Class 2A powerhouse Christian Academy of Louisville. Thank heavens the Bearcats could run the football, as they only threw it last season for 533 yards. Even with the statistical disparity, WVHS was still able to be one of the more prolific offenses in Kentucky, scoring 480 points while its defense yielded only 124. As for the accumulation of ground yards against defenses who knew the hand-off was coming, one has to tip one’s hat to the guys upfront. The Bearcats weren’t just benefitting from some super-back in 2017, as WVHS didn’t have a single ground-gainer rush for more than senior Garet Tallbott‘s 876 yards. When yardage is pretty evenly dispersed among several backfield mates that generally denotes the line is blocking to where it really doesn’t matter to whom the ball is handed as they are all gaining yardage. Hell, even Grubbs got into the act as he scored a pair of two-point conversions last season.

Defensively is where Grubbs made his most statistically relevant contributions as he was the Bearcats leading tackler in 2017 with 76 stops, 45 of which were solos, tallied an interception, and contributed 4 QB sacks. Grubbs, in one of the biggest games of the year, against LCA, came up with, perhaps, his finest effort in being awarded Defensive Player of the Game. Grubbs had 15 tackles, 8 of which were solos, and the interception we before discussed.

So, is Grubbs a college prospect in football? Probably not owing simply to his lack of size and for no other reason. I could see a team taking Grubbs were they, for instance, in the market for someone who is damn good at the game of football. Grubbs, like Mark Spader before him (and countless others who have dared to make a living in the game of football in spite of their lack of size) would make a fine coach one day. The kid is just a leader and a winner and I am sure WVHS would relate it has been very well rewarded for its decision to prominently feature him as one of the more successful, two-way players, among the 2A classification’s, 2019, football inventory.