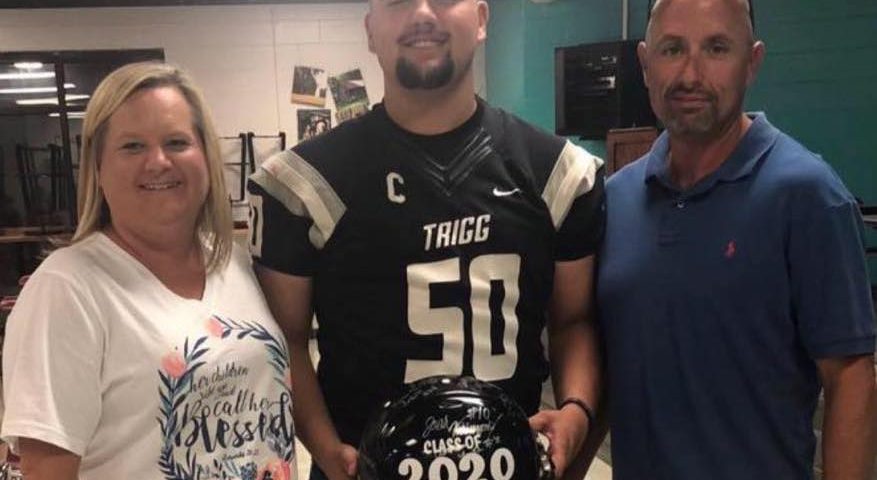 The Renaissance period of history spanned between 1400-1600 A.D. and was noted for men who were famous for being multi-talented. One of the most famous Renaissance men was Leonardo da Vinci who was a famous painter, scientist, engineer, and mathematician. Michelangelo di Lodovico Buonarroti Simoni, whom you probably know better as simply “Michelangelo,” another Renaissance man, was a sculptor, painter, architect, and poet.

Now both Leonardo da Vinci and Michaelangelo both lived during the actual Renaissance. The both of them, being so multi-talented, led to their perpetual identification and embodiment of the period in which they lived and worked. Albert Schweitzer was a 20th century representation of a “Renaissance man” as he was theologian, musician, philosopher, and doctor. We have Renaissance men still today, over in Trigg County, and they are sportsmen. In fact, rather avid sportsmen.

Meet Class of 2020’s Ty Meacham, the Trigg County Wildcats’ version of the Renaissance (Sports) man. Why so? Well for one, in football, he plays on both sides of the ball at Guard and NG. He’s a leading angler on the Bass Fishing team at Trigg County. He took 2nd place in the Kentucky New Era’s “Kentucky Sportsmen Awards” for his efforts as a game-hunter/water-fowler.

So while a Benjamin Franklin, now-deceased “Renaissance man,” was an author, printer, politician, scientist, inventor, and soldier; Ty Meacham, a still with us “Renaissance (Sports) man,” is an offensive guard, defensive nose-guard, bass-fisherman, game-hunter, and water-fowler. You can see how the two relate.

Though multi-talented indeed, Ty Meacham is a fine football player who figures to anchor a front aligned to assist both a potent and balanced offensive attack at Trigg County in 2019. This attack will be triggered by classmate, and fine-footballer in his own right, Cam Jordan at QB, who is an equal threat to break-down a defense either throwing or running the football. Hear are Meacham’s Junior-year highlights for those curious about his ability.

Meacham, who wears number 50, is a 5-11 and 250-pound “bull in a china shop” who has made himself quite strong, explosive, and powerful in Coach Colby Lewis’s very fine strength program. Ty plays with excellent level on the offensive front and is plenty mobile, quick, and fast enough to get out ahead of the backfield while pulling from his guard post. Meacham, offensively, is what we call a multi-level blocker in that he can coverup a first-level threat and then slide off second or even third-level, escorting his back out to the safety realm virtually unmolested.

Defensively Meacham is a nose guard who can play there on Saturday in the right system. Relying on his quickness and burst, Ty is more of the slanting, up-field, penetrator than a nose-guard expected to stalemate an inside double-team and read the play form the vicinity of the line of scrimmage. Collegiately, we believe the kid could gain some traction as a potential fullback, H-back, lead-blocker-type with his athleticism. After all, a lot of playing FB is being a slightly-undersized guard aligned in a backfield as, predominantly, a lead blocker meeting LBs in the hole to clear the way for the speedy guy running behind him.

We look forward to watching Ty Meacham play in 2019 on a Wildcat squad loaded with 2020 and 2021 talent. We expect Coach Lewis to field one of his better squads which should make a deep playoff run provided both the stars and talent properly align. We expect big things from Meacham on the gridiron. We expect big things from him on a lake, in a bass-boat, in a duck-blind, in a goose pit, in a deer-stand, or even in a soybean-field walking a fence-row. We expect both Meacham and Trigg County to mow down the competition next year like they’re a flock of ducks, cupped-up and coming in over the left shoulder. After all, he’s the amateur-western-Kentucky sports’ version of Leonardo da Vinci.