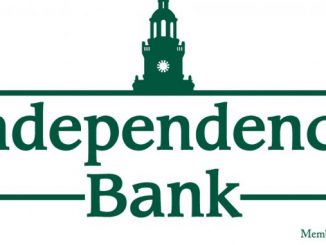 Okay, let us start by noting that all the Colonels fans got excited last week when KPGFootball put Henderson County on Upset Alert for its first round game with Louisville Eastern. We got tagged on Twitter to quite a few posts when the Colonels bounced Eastern 35-0. For the record, and this also goes for Logan County and North Hardin, who were also on our Upset Alert; KPGFootball didn’t pick any of the three teams on alert to lose, week one. We merely were suggesting the teams whom were the underdogs had the talent, and through the year had played similarly tough teams well enough for it to be possible the three underdogs might beat the favorites, but only if the favorites were caught looking ahead and didn’t prepare diligently for the task at hand. All three of the favorites, Logan County, North Hardin, and Henderson County, appeared to heed our warning and all three advanced easily. Congratulations, first and foremost!

One player who greatly insured Henderson County continued its most successful football season it has enjoyed since 2013 was Class of 2020’s Isaiah Easley. I mean the 6-0, 175 pound RB-Corner is certainly no secret. During the regular season, he gained 577 yards at RB on just 62 attempts with 11 rushing TDs. At corner, Easley tallied 46 tackles, had 2 QB sacks, forced two fumbles recovering one, and picked-off two passes. Easley contributed in the same fashion on Friday night at home against Eastern. Although the official statistics from the game have yet to be posted, we have seen highlights evidencing Easley made numerous plays in the opponents backfield on defense, ran the ball effectively with several long rushes from scrimmage, and had an interception, which he returned for a score, negated by penalty. The Colonels still netted possession even in the absence of the score being tallied at the play’s immediate cessation. The road gets a bit dicier in round two as the Colonels are on the road with a date against last year’s Class 6A State Football Champion, Louisville Trinity. The 7-4 Colonels will need all hands on deck for that challenge.

Congratulations to Isaiah Easley for his Revolutionary Play which has earned him this week’s recognition from the fastest growing bank in the Commonwealth of Kentucky…your friends at Independence Bank.