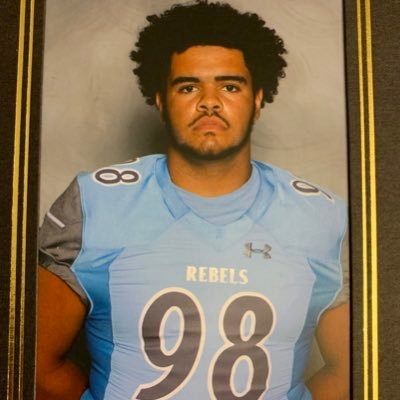 We have got one for you today for whom the entire “Break-out series” has sprung into existence. Shaun Roberts from Boone County High School has the tools, strength, explosion, pad-level, and quicks to really create quite the stir this coming season.

Shaun was a freshman in ’20 and still played in 8 of the teams 9-games. At the Class 5A level, getting on the field as a freshman is noteworthy regardless of what that team’s record happened to be.

Get this, Roberts plays basketball too. Now the fact this 5-10, 250-pound missile also hoops tells us plenty.

No way he’s a guard, so we know right now he understands principles of leverage and explosion without which he would never grab a board or score a point in the low-post. He also has to move his feet to thrive on the hardwood not to mention the wind he has to have to perpetually run up and down the court.

These are attributes which have direct correlation to on-field, football success. They are “indicators.”

We believe Roberts’ future is along the defensive front as an interior player. He will have to be plenty explosive, quick, and powerful to fight the constant double and even triple teams he will face but judging from the photographs of him we were able to access online, he looks to be off to a great start.

One can’t help but notice the physical similarities between Shaun Roberts and Breathitt County’s William L. Long, II. Should he go on to have a similar high school career, he would certainly have to be taken seriously as a next-level guy.

Long, headed to Centre College to play college football, was an Associated Press, All-State Football First-Teamer in 2018, 2019, and 2020, making the First-Team on both sides of the line of scrimmage in ’20 (OL/DL).

We could see Roberts playing center at Boone County. We believe him to be better suited to play anywhere from the 0-3 technique along the Rebels’ defensive front.

Either way, there is no doubt he will be both playing and thriving wherever the Rebels happen to slot him. Look for a huge season from him in ’21.