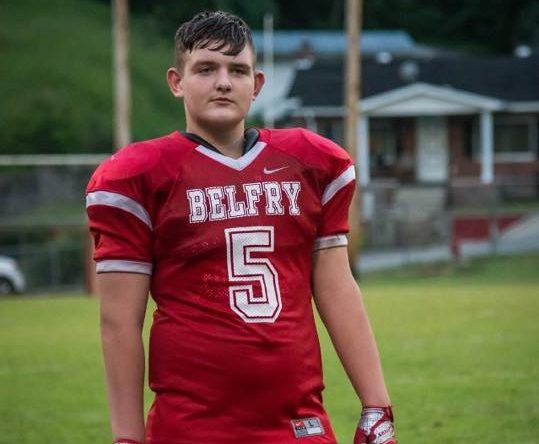 Well, as anyone around the mountains will tell you, the mountains hold a lot of secrets. That isn’t necessarily good for mountain football prospects hoping to get discovered; but we are committed to finding and publicizing these mountain truffles of talent and so are outfits like David & Darryl Sports. Now, if we are being perfectly honest here, I should tell you I don’t make a habit of covering seventh grade football players. It is a practice from which I don’t often stray. The reason is it is hard to get a read on a kid’s worthiness just because he dominates 7th grade football. The anatomical development which occurs between 7th and 8th grade is more vast than the development between 8th and 9th grade. I have seen 7th grade terrors quit the game and join the marching band before they leave 8th grade. On the other hand, 8th grade monsters generally matriculate into high school, becoming very good to dominant players at that level too.

This isn’t the first time I have related my opinion on evaluating seventh graders either. From time to time though, you come across a 7th grader whose development is far enough along you can tell he is big-time. Kiyaunta Goodwin in Louisville was such a player, as was Aaron Wynn from Florida, who played for me in the Bret Cooper Junior All-American game this past December and clocked an 11.2 at 100 meters in track. Tennessee’s Elijah Howard, from back in 2016, since we are building up for Future Stars, was one of those too. Well, I believe there is one at Belfry Middle School who fits into the same mold as the freakishly good 7th graders whom have gone on before him. I believe the Kentucky Future Stars, 7th grade evaluators will learn this when they role into Maysville, Kentucky tomorrow. His name is Brayden Spears.

Spears is a 6-2, 210 pounder who is extra-long in his extremities indicating to me he is still growing and has quite a bit left before he fully fills out his frame. Now, a lot of kids who are the size of Brayden by seven grade suffer from an awkwardness, a slow-footedness, and a lack of agility/coordination which tends to naturally manifest in young players who have grown too big, too fast. Brayden isn’t physically uncoordinated, slow, or awkward. In fact, most describe him as having well above average speed and really good feet containing loads of quickness, agility, and coordination. Spears plays both OL and DL at Belfry Middle School and can play either side of the ball equally well. For my money, I would develop him to play left tackle on offense and DE on the other side of the ball. With his length and frame, I would see him giving upfield ends fits trying to flank him.

We also talk a little about pedigree in football and Brayden has that going for him as well. Brayden’s brother, Isaac Spears, was on Kentucky’s 2016, 8th grade, Future Stars’ team. That edition of Kentucky Future Stars beat Tennessee 44-27, so maybe that is some sort of sign. In any event, Brayden Spears is a guy we expect will be trying out at the Northern Kentucky Combine in Mason County tomorrow and someone we believe to be among the very best in the commonwealth in the class of 2023. If we were betting men at KPGFootball, we certainly would be betting on this Future Star developing into a present one.