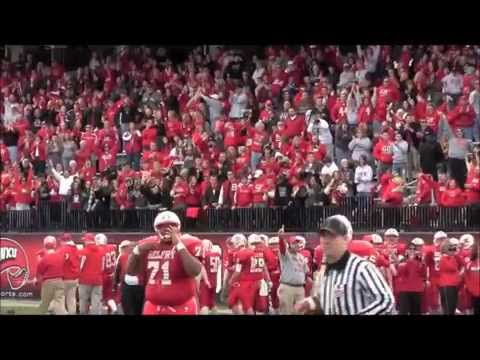 We talk a lot about pedigree in football and it does amount to something as we see consanguine relatives both excel at football’s highest levels year after year. There are lots of examples of this and we discussed another example just yesterday when I featured a freakishly big and athletic 7th grader named Brayden Spears. Brayden, like Kobe Hensley, has followed in his brother, Isaac’s footsteps on the football field and has done so very successfully. For your easy convenience, that article is linked here. My mistake was in thinking Belfry Middle School is limited to just one 6 foot plus, 210 pound plus, returning player who can hit like a ton of bricks and run like the wind and exhibits an on the field football knowledge beyond his tender years. It would appear Belfry has another two such animals (pardon the pun), and get this; this second one is following in his brother’s footsteps too. Meet Kobe Hensley, Class of 2023.

Kobe is 6-1 and weighs between 210 and 215 pounds. He played LB and DE for the Belfry Middle School team, last year, and averaged 10 tackles a game. On offense, Hensley is so fast that he played guard along the offensive front with downfield blocking responsibility on multiple levels and responsible for pulling and trapping unwary defensive linemen. Kobe has excellent get-off from out of his stance and is adept at getting second level and finding someone to hit. Kobe exhibits really good football IQ fully on display both along the offensive front and when deployed at LB. I am told by people around the Belfry program that, depending on his development, this Hensley may find himself, in high school, deployed at fullback just like his older brother, Peyton.

Now, to me, this next part is the most interesting part of the story. Peyton is 5-10 and weighs 178 pounds and is one of the best fullbacks, from scrimmage, in Kentucky’s 2020 class. I mean, yeah, you would like to see him bigger, let’s say maybe his little brother’s size and frame, but it is hard to argue with 792 yards from scrimmage in 87 rushes for 11 rushing TDs. That comes out to around 9.1 yards every time Peyton touched the football. Now, if his brother, Kobe, who many think can play fullback too, really can; then Belfry has in the pipeline a future player matriculating into the 8th grade who is already 6-1 and weighing between 210-215 pounds to carry on the Hensley tradition at FB. Who knows, little brother maybe an even better player than big brother on the defensive side of the ball.

I guess we will have to just wait and see how this all plays out from here. Either way, Belfry Middle School has to like where it is sitting coming into next season with players like Kobe Hensley and Brayden Spears in the cupboard. This is Fletcher Long reporting for KPGFootball reminding you to PLAY THROUGH THE WHISTLE!