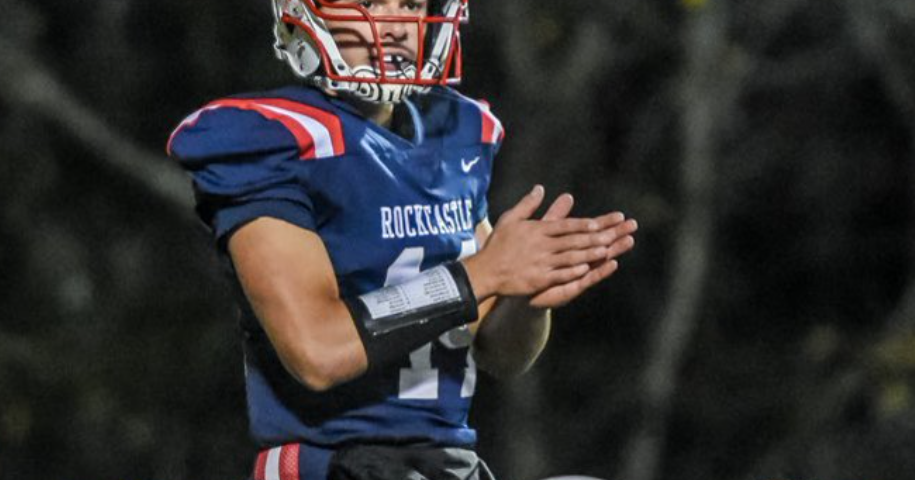 Noah Parkey, a 2021 dual-threat QB, equally dangerous through the air or on the ground.

He was the quintessential general of his time. His name was Napoléon Bonaparte but like a lot of great people throughout history he would be known by just the one name, Napoléon.

As one might expect, the English loathed him and referred to him as “Little Boney.” The English were trying to forcefully iterate his short stature, prefacing his nickname with “Little” then shortening his surname to “Boney.”

While Napoléon may have been a bit short, the British were always making more of it than it deserved. Some old grenadiers, after the battle of Lodi in 1796, nicknamed him, affectionately, “La petit caporal” or The Little Corporal.

The grenadiers were so impressed by Napoléon‘s bravery they elected him their corporal as a compliment. Born in Corsica to a modest Italian family, he rapidly rose through the military ranks to become a General by age 24.

Quarter-backs are often referred to as “field-generals.” The similarities between football strategy and battle-strategy are so intertwined that many of our finest football coaches in history enjoyed accomplished military careers as officers. Many distinguished themselves on the actual field of battle in addition to the figurative.

When it comes to leading a team onto the figurative field of battle, Head Coach Scott Parkey has his Napoléon and he didn’t have to search past the breakfast-room table to find him. His son, Noah Parkey (highlights linked below his above picture), has been distinguishing himself on the football field throughout his fine high school career. With only one remaining season to go, Parkey is one of Kentucky’s more effective dual-threat QBs.

In 2019, in spite of experiencing significant graduation losses from the year previous, The Rock, as we love to call them, had quite a year. Rockcastle High School finished the year 8-4, won five of its last 6, and lost to a state-finalist (Bell County) in the district championship.

The most important statistic is 8-4. QBs, fairly or not, are judged by their teams’ won/loss record. Turning in the final tally in 2019, after the team’s going 5-6 its last year (pre-alignment) in Class 4A, was impressive both in how the team performed on the field and how well the team was coached over the course of the year.

Coming into the 2020 season, Rockcastle appears likely to challenge for its district, Bell County notwithstanding. Sure Coach Hilton’s boys are always good but they lost their field-general to graduation, leaving Parky the most accomplished and productive player at that position, arguably, in the 5th-district.

How will it turn out you ask? Well, that is what makes football so fun to watch. Like in real warfare, the field is anyone’s for the taking. Rockcastle High School, at least, boasts a Napoléonic field-general to align under its center. That should turn out being quite an advantage.