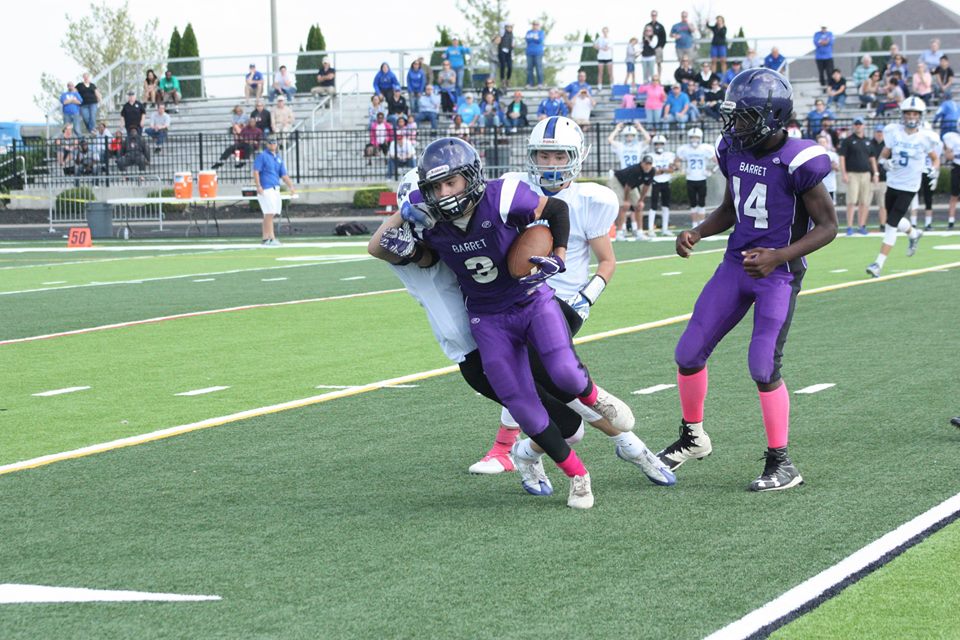 An accomplished football coach in Kentucky, for whom I have tremendous respect, and who happens to be Black, was asked about a White WR, Nick Coates, from Louisville, Kentucky.  What he said about him speaks volumes, though sad.  “Between you and me, being a White kid at WR, no one expects him to be as fast and quick as he is, they NEVER see him coming…” Now, this isn’t a criticism of this Coach, at all.  I coach football and he’s exactly correct.  We don’t expect White WRs to be fast and quick.  It is a position which has historically been perceived to belong as much to Black players as the RB position and as much as the QB position, until the last decade or so, has been perceived to be better manned by White players.  Incidentally, both QBs taken for the Kentucky Future Stars Team, class of 2021, are black QBs (Well, EJ Austin would consider himself mixed but, in today’s time and with the advent of DNA analysis, aren’t we are all mostly mixed?).

What do you do with a 5’9″ 145 pound Nick Jett Coates then?  Nick is fast, getting clocked at the East-West Kentucky All-State Classic at 4.89 in the 40, which was timed on a very slow track, that day, as the kids were running on a surface roughly equivalent to an indoor ice rink which resulted in some pretty messy starts.  Nick is athletic, competing on Barrett Middle School’s Track & Field Team and finishing 6th in the Commonwealth of Kentucky in the Long Jump with a leap of 18.77 feet.  Nick has a great attitude, being described by one of his coaches at Barrett Middle School, Monty Bross, as having the best attitude Bross has ever seen.  Monty said about Nick Coates, “He never complains, EVER! Super fast runner…I believe with all my heart that he is THE most underrated player in the 2021 class.”  So Kentucky Prep Gridiron asks the pivotal question, what leads to his being underrated?  Could it be because he is white?

Well, we at KPG are not falling for the stereotype.  We remember a White WR from Richmond, Kentucky who played there from 1990-1993.  The only knock on Craig Faulkner was he was a White WR.  Coach Joker Phillips, then the WR coach at UK, passed on Faulkner, so Faulkner took his skill set to the University of Tennessee.  He not only was FAST AS HELL, he posted 1,705 career receiving yards, playing all four years, and was one of Tennessee’s leading receivers during each of his final three seasons with the Vols.  Craig was an edge target, vertical threat for Tennessee and not a “possession” receiver, like a lot of White WRs are relegated.  We see a lot of similarities between Nick Coates and Craig Faulkner, as many of you will see this month in Clarksville, Tennessee in the Tennessee-Kentucky Future Stars Game.  This time, Ricco Hughes and LaKunta Farmer, didn’t pass on the future Louisville Male Bulldog.  Neither of these guys think he is a “possession receiver.”  They didn’t Joker Phillips this one…and Kentucky will be much the more explosive team for it.