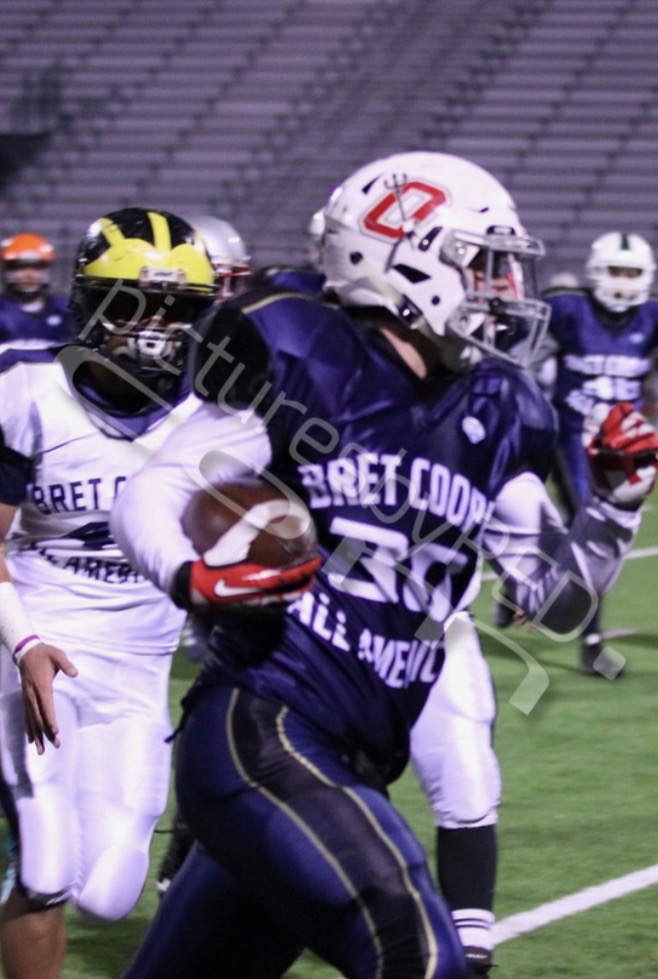 Yes, I realize this on-line magazine is Kentucky Prep Gridiron.  Yes, I realize Gridiron denotes football.  That is why, to the casual observer, this article about Austin Gough’s phenomenal accomplishments at yesterday’s State Championship Middle School Track & Field Meet will, initially, seem out of place.  If you really believe excelling in more than one sport has no correlation to football than perhaps you should chat with Urban Meyer, HC at THE Ohio State University.

According to an article appearing on-line in NewsOK, and written by Scott Wright, Coach Meyer, of the first 47 athletes he recruited to Ohio State, recruited 42 multiple sport athletes.  Pat Jones, formerly coaching at Oklahoma State University in football said, Our goal as an evaluator…was that you wanted to see them do something competitive with your own eyes…[sometimes] you would have to watch them…run track.

Well, no one will ever say Austin Gough puts his eggs in just one basket, far from it.  Austin starred at Owensboro Middle and/or High School in Basketball, Baseball, Track& Field and Football, where he is included in this publication’s Fantastic Four of Kentucky’s 2021 Football class.  What Austin accomplished yesterday at the State Track Meet is part of why he is a special football player, like Tennessee will soon learn this month in Clarksville, Tennessee at the Future Stars Tennessee-Kentucky Classic.  Yesterday, Austin Gough defended the State Turbo-Javelin Crown he won as a 7th grader and added the Shot Put State Championship just for good measure (pun intended).  At the Championships which were hosted by the University of Louisville, Austin competed in the triple jump, shot put and turbojav. In the triple jump Austin jumped 33’8.” Austin was the State Champion at the shot put with a toss of 42’1.” Austin won the turbojav for the second year in a row with a meet record throw of 134’10.”

Kentucky’s 2021 class is star-studded, deep, and impressive.  We are going to see some special football players develop over the next four years in the Commonwealth of Kentucky.  These players are going to inspire though of us who watch them with special accomplishments, attainments, and spectacles of athletic prowess, and, I know, KPG relishes the opportunity to follow wherever their exploits may lead us.  Congratulations, Austin Gough on yesterday’s uncommon feats of Athleticism, good luck playing for Kentucky later this month, and we are all seated on the edge of our seats anticipating just what you and your Kentucky 2021 brethren might do next.  Sure will be fun to watch.  Oh yeah, Austin, remember…