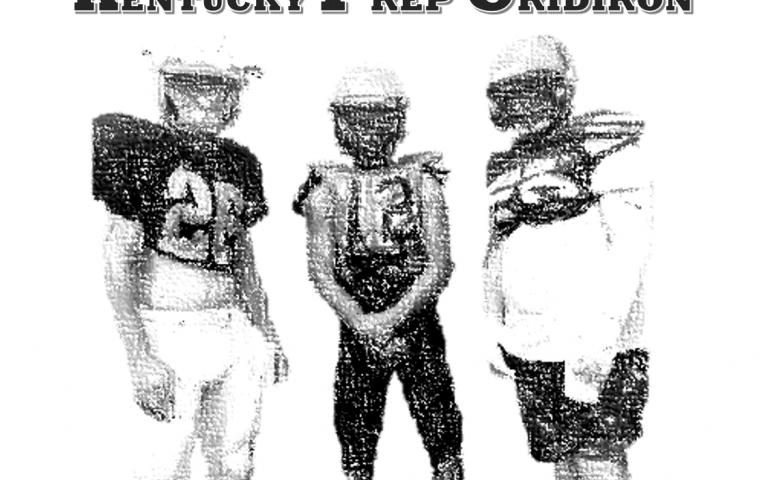 Well the dead period is over and teams, across Kentucky, particularly those who play in week zero, opened camp to prepare for the opening of the 2018 high school football season, which will be here before you know it. I would like to thank my friend and writer Steve LeMaster for contributing to this report as well as other readers/subscribers who contacted me about the practices they attended across Kentucky. Without further adieu, here are the News and Notes, first day Post Dead period edition…

Several people have called me concerning both Jude and Zack Langhi. The Langhi boys are two 6-2 to 6-4 guard prospects who both weigh in the 290-300 pound range. They have transferred to Chattanooga’s McCallie School and Jude is listed on McCallie‘s active varsity roster. Well the rumor around the Christian County camp, according to several people who frequent that neighborhood, is that the Langhi boys are transferring back to Christian County and will play for the Colonels this Fall. That would be big news, if it were happening, as the addition of approximately 600 pounds of meat-moving, interior, offensive linemen, added to the roster, might make me rethink my Class 5A preseason poll on which I vote on behalf of the Associated Press.

One of the rumor mongers even went so far as to say the Langhi boys would be at practice, Thursday, July 12, 2018. Well, KPGFootball is going to quash these rumors here and now. I was able to catch up to Donnie Langhi, Zach and Jude’s father, and a close friend of mine since the two of us attended high school together. According to him, both his boys are at McCallie, boarding there, practicing there, loving it, and set to play in Chattanooga, Tennessee. These stories are not only completely unsubstantiated but patently false.

Reigning Class 2A, District 8, champion Prestonsburg will open preseason practice at 6 p.m. today (Wednesday, July 11, 2018). Former Powell County head coach Brandon Brewer is set guide the Blackcats in his first season as head coach. Brewer replaced John DeRossett at the helm of the Prestonsburg gridiron program back in the spring. DeRossett is the school’s winningest all-time head coach. Running back/defensive back Ethan Varney, the 2017 Class 2A, District 8 Player of the Year, is due back for the Blackcats which is unfortunate for the rest of the district and classification.

It is very hard to get any information out of Leslie County as they, last season, didn’t really provide a full accoutrement of statistics to the KHSAA, Riehards’ Scoreboard. We do have some friends who report directly to us in the area so we will attempt to chronicle the Leslie County proceedings as best we can. Leslie County is slated to open practice at 6 p.m. on Thursday, July 12, 2018. The Eagles compete in Class 2A, District 8, along with Prestonsburg, Shelby Valley, Leslie County, East Ridge and Betsy Layne. Veteran head coach Eddie Melton guides the Leslie County football team which includes a rising sophomore linebacker who made our freshman All-State Football team last year named Preston Spurlock. Preston had 123 solo tackles for the Class 2A, District 8 team in 2017 and the freshman, now rising sophomore, also registered a whopping 37 tackles for loss together with an interception and a caused fumble.

News from Paintsville, Kentucky’s 4A powerhouse…

With Week 0 of the Kentucky high school football season open, Johnson Central isn’t scheduled to open preseason practice until Monday, July 16. The Golden Eagles are slated to host a 7-on-7 tournament featuring some area Eastern Kentucky high school football programs Saturday, July 21. The Eagles did get together and do some strength and conditioning work and Joe Jackson, coming off injury, participated and looked great according to all whom were there to witness it. Johnson Central also is set to welcome some rising 9th graders whom won a middle school KYMSFA State Football Championship just last year. One of those includes Owen LeMaster, a player this publication has featured as one of 2022’s top offensive interior offensive linemen and one of the top ten or so prospects we expect to play varsity football, though only a freshman.

The Tigers set to roar…

Hopkinsville High School was, somewhat, compelled to open its preseason camp. The Tigers are participating in two 7 on 7 tournaments this week (Thursday at Murfressboro Riverdale (TN) and Saturday at McCracken County) but the Tigers have a full-contact, padded, scrimmage at Bethel College in Jackson, Tennessee on August 4th against Lake County High School (Tiptonville, TN). Lake County finished last season 10-2 and welcome back Class of 2019 running back prospect Dezmon Johnson. Johnson carried the football 192 times, last year, gaining 1,753 yards and scored 26 TDs while averaging 9.1 yards an attempt. Johnson will probably be the best running back on the Tigers’ 2018 slate, and, while it is just a preseason scrimmage, if the Tigers can somewhat contain Johnson and the rest of his mates, then the boys from HHS will have to feel pretty good about where they are heading into the season. Lake County is one of the favorites in Tennessee to win a State Championship in 2018 in its classification (1A).

Well, fans and enthusiasts, that’s about all from the Gridiron for now. Until we meet again, this is Fletcher Long, reporting for KPGFootball reminding you to PLAY THROUGH THE WHISTLE!