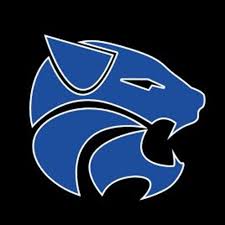 Kentucky Country Day was one of the best programs in the 1A classification last season. The Bearcats, coached by Matthew Jones, won District 3, won 11 games while losing only twice, and bowed out of the state football playoffs in the regional final (state-quarters) to eventual State Champion Beechwood. Over its 13 games, KCD scored 525 (a little over 40 a night) while allowing only 228 (17.538 per). So how do the Bearcats figure to fair this Fall? Well, that is a hard question to answer because, as a subscriber recently reminded me, we really don’t know whether a particular school already has young talent, as good as the departing seniors, whom have been waiting in the wings for their opportunity to shine. We can tell you this, KCD did lose quite a bit…

Last season, Ashton Robinson, who played RB/DB, carried the ball 154 times for 1,473 yards and 22 TDs. He averaged 9.565 yards per attempt. Robinson caught 13 passes for 234 receiving yards and 2 TDs through the air to supplement his TD rushes. Robinson will be taking his talents to play for the extremely prestigious Massachusetts Institute of Technology (MIT) next year. The third highest rusher on the year was Gianni Minor, with a little over 400 yards. Both of these guys graduated at the end of the previous academic year. Ashton, also a defensive standout, intercepted 4 passes for 87 return yards and recovered 2 fumbles while tallying 37 tackles, 27 of which were solo tackles.

At QB, KCD had another senior, named Brayden Burch, who completed 147 of his 257 passing attempts for a completion percentage of .5720 for 1,969 yards on the year and 23 passing TDs against only 5 interceptions thrown. Only Logan Catleman returns from his top two receivers as Daniel Mescher graduated, taking his 41 receptions for 654 yards receiving and 8 TD receptions with him. Castleman caught 36 passes himself for 479 yards and 8 TDs. That still begs the question, who’s throwing it to him in 2018? Well a pair of rising juniors, Nick Smith and Dorian Heard are the likely candidates. That isn’t very comforting as Nick Smith failed to complete his only passing attempt in 2017 and Heard was only 3 for 4 for 27 yards. Looking on the bright side, that’s a Hell of a completion percentage!

Defensively, a team which allowed a little over 17 points a game while allowing 1,337 yards rushing over the 13 game slate and only 1,410 yards through the air has lost its top two tacklers and playmakers. Both Chris Scott, whom had 125 stops on the year last season with 89 of those being solos, and whom also recovered a pair of fumbles, has exhausted his eligibility as has Mick Smith (72 tackles, 35 solos, 2 interceptions, one of which was a pick-six). Blake Caldwell was the third leading tackler a year ago and he is a 2019 prospect who is slated to come back for another tour. In addition to his 543 yards rushing over 45 carries (12.341 yards per attempt) with 7 rushing TDs, Caldwell had 68 tackles, 46 of which were solos, with 3 interceptions over the previous season. Blake Caldwell figures to be an emphasis for the Bearcats in 2018 on both sides of the football.

Kentucky Country Day is generally a pretty darn good ball club, compiling, with last season’s inclusion, a 38-22 mark over the previous five seasons, with 21 of those wins coming in 2016 and 2017. The outgoing class compiled a 21-11 worksheet over the course of their sophomore, junior, and senior seasons. One has to hope the Bearcats either have at their present disposal, or were able to attract, some replacements for the players who ran out of eligibility at the end of the most recent school year. Failing that, the private school from Louisville, Kentucky shouldn’t be expected to hit the 11 win mark, at least not next year.