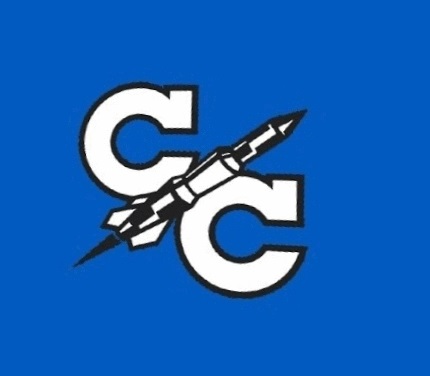 Crittenden County High School is a district 1 team in the 1A classification from Marion, Kentucky which chose the name Rockets for a mascot. The nickname seems entirely appropriate for both a school and a team which has a player the likes of Devon Nesbitt in both the backfield and walking its hallways. Devon Nesbitt proved himself, in 2017, to be one of the more explosive running backs in both his Class and classification.

Now, Crittenden County only lost one game all year to a Class 1A football team, in finishing 8-5, when they were rudely bounced from the play-offs in the state quarter-finals by Campbellsville 44-8. Of the remaining four losses suffered by the Rockets, 3 were to Class 3A teams Trigg County and Caldwell County, both at home; and, on the road at Union County. Apart from the 3A teams, Crittenden also lost a wild affair at home, 74-70, to Ballard Memorial from the first district of the 2A classification. The Rockets only graduated 7 players from off its 2017 roster but, perhaps even more importantly regarding their prospects for success in 2018, return Devon Nesbitt. Nesbitt returns to anchor both the offensive and defensive backfields.

Last year, the Class of 2019 player who stands 5-10 and weighs 170 pounds, and whom stars on the basketball team in addition to football team, gained 1,289 yards from scrimmage in 189 carries for approximately 6.82 yards per rushing attempt. Nesbitt found the end zone 24 times last year carrying the football and caught 11 passes from out of the backfield for an additional 186 yards receiving with a TD. The Rockets even let its most multi-faceted talent throw the ball twice, completing both, for 76 yards passing. Nesbitt led his team by personally accounting for 166 of the team’s 509 points scored over its 13 football games. On defense, Nesbitt intercepted a pass which he returned for a touchdown covering 47 yards and tallied 20 tackles, 12 of which were solos.

Devon Nesbitt appears to have been getting looks from the NAIA, Divisions 2 & 3, as well as some FCS, Division 1 flirtations which KPGFootball both expects and believes will continue going forward. Devon is a versatile athlete with a very expansive skill set. He will make quite an asset to a roster playing on Saturdays.

The question concerning at what level of college football Nesbitt lands, and on what side of the ball, really comes down to speed. Nesbitt, a sprinter on the Crittenden County Track & Field team runs both the 4 x 400 relay and the 100 meter sprint for the Rockets. He has been timed in the 100 meter at 12.02 seconds. That isn’t the fastest, straight line speed, we have seen in the area for Devon‘s position groups, however, track times are fully automated so one would be justified in expecting his hand timed, 40 yard dash would be faster than what he would run on the laser used to time track events. Based off of Nesbitt‘s performance on the football field from a year ago, there really isn’t any reason to think he won’t take off this Fall for Crittenden County High School nor is there any reason to doubt the Rockets being able to make a run in the playoffs at year’s end.