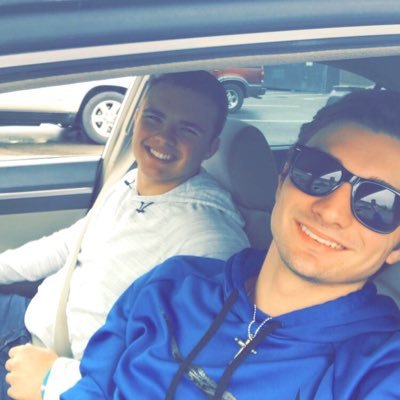 Quick, which receiver in Kentucky led his classification in 2017 in number of receptions and yards receiving? This same receiver was tied for third in the classification in TD receptions in 2017 and fourth in the classification for TD receptions per game. Obviously, by virtue of the title of this article, you can probably guess. I wonder, had I just walked up and asked you, and if you weren’t reading this article, how many of you would have guessed Marquel Tinsley from Davies County, Rondale Moore from Louisville Trinity, Trevor Grant from Graves County, or, perhaps, Titus Ranson from Bourbon County. Would any of you have said Ethan Dossett from Marion, Kentucky?

Ethan Dossett, a Class of 2019 prospect who has drawn interest from the likes of the University of Tennessee at Martin, caught 70 balls a year ago for 1,273 yards receiving with 13 TD receptions deployed primarily as a slot receiver. He has good size and length, measuring 5-11 and weighing 180 pounds and is a really good athlete, as he doubles on the Rockets‘ squad at free safety and also plays baseball for Crittenden County High School. Ethan has good spacial quickness and change of direction speed and catches the football in his hand, away from his body, like you would want a receiver to do. Dossett has a registered 40 yard dash time of 4.60 seconds and runs what is called the pro-agility shuttle or 5-10-5 in 4.4 seconds. Dossett squats 350 pounds and has nearly a 30 inch vertical leap.

Now, we have covered some pretty lethal passing game combos as we happen to be fortunate enough to be in the same coverage area of Joey Cambron to Marquel Tinsley. That duo has torn up the 6A classification for Davies County as Cambron, in 2017, threw for over 4,000 yards passing with 49 passing TDs and Tinsley, also in 2017, caught 76 passes for 1,447 yards receiving yards and 22 TD receptions. Well, Marion, Kentucky would probably like to nominate the duo of Hunter Boone to Ethan Dossett as the most lethal passing combination in the 1A classification. For that distinction, the two of them could make quite an argument.

Last year, Hunter Boone, also a Class of 2019 prospect, competed 171 of his 298 passing attempts for a completion percentage of .5738. Boone’s efforts netted him 2,603 yards passing with his throwing 32 TDs offset by his 16 interceptions. Dossett was on the receiving end of 70 of the 171 completions for nearly 41 percent of Boone’s competitions during 2017. Rather curiously, Dossett catching 13 of Boone’s 32 TD tosses also constitutes the same 41 percent of Boone’s total number of TD passes thrown. Fancy that!

Our last article was about Crittenden County‘s Devon Nesbitt and the RB/DB prospect, who also plays basketball, certainly had a tremendous year on both sides of the football. We would have been exceedingly remiss here at KPGfootball, heading into the 2018 season, to not touch on the other two tines of the trident gigging the Rockets‘ offensive into orbit. If the Rockets are anxiously awaiting the start of this upcoming high school football season, and I would have no idea why they wouldn’t be, then it is surely the return of its top-flight, slot receiver which has to be foremost among the reasons why.