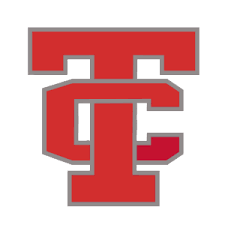 Kentucky Prep Gridiron is proud to announce it has closed a deal this morning to be the exclusive digital coverage provider of the Todd County Central Rebels football team from this instant through the 2018 season. Todd County, as this on-line publication has before reported, in finishing last season 6-5, utilized a ground based offense gaining 2,260 yards rushing, but looks to achieve more balance offensively going forward. The Rebels lost two top ground gainers in Isaiah Fingers (68 carries for 521 yards and 9 scores) and Maqureim Mimms (48 carries for 363 yards and 5 TDs), but return Jaquavion Mimms, who rushed the football 38 times, last season, for 317 yards and 3 scores while simultaneously tallying 110 tackles on defense. Also returning for the Rebels stop squad is Dalton Ellis, the 3rd leading tackler at 47 stops. The Rebels will be under the care and tutelage of first year head coach Darell Keith.

Coach Keith coached for a Christian County Middle School football program which enjoyed an unparalleled amount of success during his tenure. Last season, Coach Keith was the Christian County High School offensive line coach and helped guide the Colonels to its first 10-0 regular season in the school’s history. Behind Coach Keith’s charges, the Colonels rung up 358 points last season with over 1,600 yards rushing and nearly 2,000 yards passing. It is that type of offensive balance the Rebels hope Keith can bring with him to Todd County to help the team progress toward playing championship level football.

Keith’s coaching signature is to demand a lot from his players, ask any of the former players who played under him at CCMS or any of the offensive linemen he coached at Christian County High School just this past season. The key is he has never asked more from a player than he demanded of himself, when in 1984, he raised his play to a level where he was awarded Class 4A, All-State, in Alabama as an undersized linebacker. Coach Keith took his 6-1, 190 pound frame on to Alabama A&M University were he, again, excelled on the field. If there is one thing he has consistently told me it is this…you can jump in their backside, as they will bear and accept any fair criticism of their effort or attitude you make. However, you have to LOVE them primarily, and they have to feel that love. It’s like being a parent, the fact you love them is a constant whether or not there are times you may not, altogether, like them.

When reached for comment about why the move to be covered by Kentucky Prep Gridiron, Coach Keith had this to say…Well, simply, I am a subscriber myself. I am impressed with the site’s devotion to cover high school football with superior analysis and insight. KPGFootball’s coverage is better than anything else out there. KPGFootball is the type of coverage I believe the fans of Todd County deserve for their children and team. On behalf of our program, I believe this level of publicizing the program’s success will help the Rebels win on Friday night. I believe KPGFootball’s thorough, accurate, and well-written, in-depth coverage is an important step to our winning. Coach Keith went on to say…my goal is the same as KPGFootball, and that is to help promote these kids to the next level and show the country that Kentucky is a FOOTBALL state and not just a basketball state. These kids both need and deserve exposure. Everybody can’t chase those hoop dreams. Thank you Coach Keith, we are, equally, a fan of yours!

All of the articles this season will appear on this website immediately following football games and we will cover the Rebels with information about transfers of note and offseason gains building into the Fall. Follow us on Twitter @KPGFootball as published articles are tweeted to our followers within moments of being published.