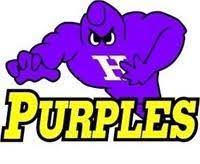 One may wonder what make KPGFootball so emboldened that we make such audaciously bold predictions, particularly about young players. After all, these young guys are presently in the shadows, buried on JV and freshman rosters for the most part. How can we possibly forecast, with any certainty, So and So freshman will break onto the scene in any succeeding season? Well, actually there are quite a few reasons for our audacity and unmitigated gall.

First of all, we are able to be such accurate predictors owing to the very nature of our coverage. We cover football year round. Right now, other media outlets in Kentucky are covering basketball and will move onto to baseball/softball in the spring together with Track & Field, Archery, Bass Fishing, and a whole hosts of diversions. In the Fall, we cover football. In the winter, we cover football players displaying their athletic wares in sports like Powerlifting and Basketball. In the Spring, we cover Sevens (7 on 7) season, spring football, and football players who also run Track and participate in Field events. In the summer we cover football camp/combine season. In any event, we are always covering football, so we just know way more about it than any other member of the credentialed media across Kentucky.

Why are monkeys more able to adapt to living naked in the jungle than their cousins, human beings? Well, it’s because they are perpetually inundated and surrounded by jungle and are always naked. Being a monkey, and living in the jungle 30-50 years, may not make a primate a Botanist. However, assuming the primate experiences any longevity of survival, that primate does innately gain a fair knowledge and understanding of what plants he may (or, more importantly, may not) safely eat.

The second reason we are able to accurately predict the emergence of a high school football star with a degree of certainty and reliability (if you can think of a single one on whom we missed, then tell us) is the fact we are the only state-wide, credentialed, media outlet which covers middle school football. Today’s predicted star, whom will burst out onto the scene in 2019, is a player we covered in middle school.

We know things about Bridger Knee his hometown paper either doesn’t know or doesn’t care to report. For instance, we know he played on the Team Kentucky’s FBU Elite squad, was selected to the FBU Top Gun Combine, and played for Team Kentucky Future Stars. We actually watched him play both a JV and freshman game this year and neither team against whom he played, at either level, could do a single thing with him. For the record, KPGFootball wanted to put him on our Freshman All-State Football Team but we got out voted in favor of the freshman appearing along that defensive front.

Bridger Knee, whose Hudl page is herein linked, is 6-0 and weighs 220 pounds. He wears number 59 and got 7 games of varsity run playing for, historically, a program which many believe to be the class of Kentucky’s 5A classification. Knee had 5 tackles in his 7 games of action and, we would assume, came pretty close (if he even fell short) of lettering at Bowling Green High School, in football, though just a freshman.

As someone whom has before been on numerous coaching staffs, there is a belief in coaching that a varsity player will reveal himself in a JV football game. If you are getting handled in JV play by any opponent, then you just aren’t a varsity football player. That is true regardless of what your grandmother thinks and yells on Friday nights from the grandstand. Varsity football players dominate, and dominate completely, JV contests.

At KPGFootball, we told you that to tell you Bridger Knee is a varsity football player, period. He may have played a good deal of JV his freshman year, but he wouldn’t have had he attended any other high school in western Kentucky outside of Mayfield, South Warren, Bowling Green, or Owensboro.

So here we stand, KPGFootball is predicting Bridger Knee is a day one, snap one, first team player for the Purples in 2019 and he will break out in 2019, winning selection to numerous post-season teams in the process. We are predicting it, right now, and would like the record to so reflect that we were first to inform both our subscribers and readers about this prospect at a time when our brethren in the media were scratching their collective heads and asking, Who the Hell is Bridger Knee? When what we have forecast comes true, as it almost always does, don’t you dare forget from where this information first came.